Do sharks nap? Perhaps more importantly, why does it matter? As explained by researcher and biologist Michael Kelly, the study of whether or not sharks nap goes beyond that immediate question. Because sharks are further back on the evolutionary path of vertebrates, studies into what could be considered a lower order animal’s sleep may offer insight into the evolution of sleep itself. Gaining a deeper understanding of the biology of sleep can be a valuable tool in helping us to maximize the benefits of sleep, including power naps. Napping, when done mindfully, can be a useful way to boost energy and focus to help you power through the day. 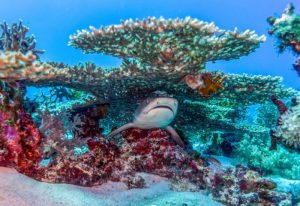 Kelly is one of a group of researchers that has been doing scientific studies on whether or not sharks sleep for a few years now. In the research group’s most recent project, it studied draughtsboard sharks. These sharks are native to the waters in the coastal region of New Zealand and are about one meter in length.

For this most recent study, which was published in Biology Letters, the researchers monitored seven draughtsboard sharks housed individually in sealed tanks. Each tank was equipped with oxygen sensors to help track the metabolism of the sharks.

Aside from noting fluctuations in oxygen levels based on the sharks’ activity level, the researchers also determined that napping conserves energy in sharks. Additionally, napping appears to slow metabolism; that energy conservation may be the primary purpose of sleeping for sharks.

While napping appears to conserve energy in sharks, helping them to have the power that they need for periods that require higher energy levels, naps in humans have a bit more of a complex relationship with energy. That is to be expected, of course, as humans are far more complex creatures.

Indeed, our sleep is far more complex than a shark’s, and is made up of multiple stages, each with a differing depth and ease of waking up. Waking up during the deeper stages of sleep can leave one groggy. Power naps take advantage of the sleep stages to maximize benefits, such as improving mental focus and boosting energy, while avoiding that feeling of grogginess or even irritability.

The classic power nap ranges between 10 and 30 minutes, according to Dr. Deirdre Ann Conroy, a University of Michigan behavioral sleep specialist. Keeping the nap at that length of time helps to prevent shifting into the deeper stages of sleep that can be more difficult to wake up from. Some of the benefits of power naps include improved motor performance, increased alertness and a boost in energy, as explained by sleep expert Sara C. Mednick, PhD. This type of short nap, especially when well timed, is less likely to interfere with your nighttime sleep. It’s better to schedule naps earlier rather than later to protect your overnight sleeping rhythm.

For Some, Longer Naps Can Be Useful

According to Mednick, naps that extend into slow wave sleeping, for example those lasting 30 to 60 minutes, can offer significant brain benefits. These include improving creativity and memory, as well as honing skills involved in decision making. She also noted that extending a nap out to 90 minutes can help with creative tasks and problem solving, as that REM sleep encourages the processes involved in making new connections among thoughts and details. However, those deeper levels of sleep can be more difficult to wake up from; afterwards, it can take you up to an hour to feel fully awake. 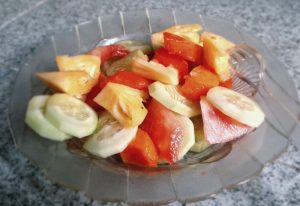 To help you wake up after a longer nap and dispel any lingering grogginess, try to get some exposure to sunlight, even if it’s just through a window. Get your blood flowing again with a few stretching exercises. Drink some water, splash your face with a bit of cold water and have a healthy snack. As counter-intuitive as it may seem, you may want to try drinking a caffeinated beverage before your nap, so that the caffeine is at its peak just as you’re waking up from your nap, hopefully avoiding sleep inertia grogginess altogether.

Napping Isn’t Right for Everyone

While napping can be helpful for some people, it isn’t the best choice for everyone. People who have trouble sleeping at night or who suffer from insomnia or other sleep disorders can increase their nighttime sleeping problems if they nap during the day or nap for too long or too late in the day.

If you frequently have difficulty sleeping at night that leads to feeling tired enough to nap during the day, it may be better to resist the urge to nap and focus on improving your nighttime sleeping. If you frequently struggle to sleep at night, consult your healthcare provider because sleep is absolutely essential to optimal health, cognitive performance and mental well-being.