Adult napping, when practiced strategically, can offer a variety of benefits. These benefits can include improved cognitive performance and the promotion of better heart health via the lowering of blood pressure and the reduction of stress. However, napping strategy – the types of naps and the timing of naps – seems to be the key element involved in unlocking the potential benefits of naps.

Not only can napping at the wrong time of day or for too long leave you feeling a bit groggy after the nap, it can also interfere with nighttime sleep and contribute to health problems. 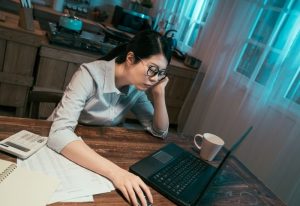 Napping in the late afternoon or early evening can be disruptive to nighttime sleep, reducing both sleep quality and quantity. That disrupted sleep can reduce cognitive performance the following day as well as have a negative impact on mood. It can also have a negative impact on the circadian rhythm, making it harder to get back into the usual sleep and wake cycle. Chronic sleep disruption can contribute to a higher risk of developing a broad range of health problems, including obesity, type two diabetes, cardiovascular disease and some cancers.

To better avoid having a nap negatively impact nighttime sleeping, nap in the early afternoon, about seven or eight hours after you get up at the start of your day. Feeling a bit of a drowsy dip at that seven to eight hour point is very common and for some people, it’s just a part of their natural rhythm.

While the circadian rhythm can account for that energy dip in many people, it is also important to address any other issues that may be causing daytime sleepiness, including insufficient nighttime sleep and poor dietary practices, such as skipping breakfast.

Which Types of Naps Are Best?

When it comes to avoiding that groggy feeling that can come after a daytime nap, shorter naps are better. Shorter naps are also less likely to interfere with your usual sleep schedule. Short naps can help to re-energize the mind, increasing focus, concentration and creativity. They can reduce stress and improve overall mood.

The classic power nap lasts 10 to 20 minutes. According to a study published in Sleep, a peer-reviewed sleep research journal, a 10-minute nap can provide immediate benefits to cognitive performance and feelings of fatigue. The study also indicated that a 20-minute nap yielded its benefits after 35 minutes and that those benefits would last about an hour and a half.

The 30-minute nap takes the sleeper into stage two sleep, the light stage that transitions into the deeper sleep of stage three. Blood pressure decreases during this stage. The heart rate and breathing slows. Muscles relax. Researchers have found that a 30-minute nap allows one to avoid that after nap grogginess and can help to re-balance hormonal disruptions caused by poor sleep the night before.

Longer naps come with both benefits and risks. With longer naps, a person does move through more sleep stages, which can be a more refreshing experience. However, a longer nap is likely to result in an after nap period of grogginess, as going deeper into the sleep cycles makes it harder to wake up and be immediately productive.

In addition, a longer nap increases the possibility of that nap interfering with the normal sleep cycle, potentially resulting in a delayed sleep time and shorter amount of sleep during the night, increasing the chance of needing a nap the next day. In other words, it can set an unhealthy sleep pattern into motion. Use longer naps carefully and preferably not more than a couple times a week.

The hour-long nap does run the risk of experiencing about 30 minutes of nap-induced grogginess afterwards, but does offer significant cognitive benefits. Researchers have found that a 60-minute nap can yield improvements in memory, including names, faces and factual data, as well as refresh the feeling of alertness, a benefit that can last up to 10 hours. 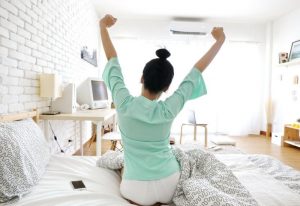 A 90-minute nap can move the sleeper through all of the sleep stages. If that occurs, the after-nap grogginess may be reduced because it will be easier to wake up. The benefits associated with a 90-minute nap include better cognitive performance, including memory and learning related tasks, and a refreshed, clearer mind. However, a nap of this length can, for some people, make it more difficult to fall asleep at the usual time. This type of nap may be best used to help overcome jet lag or in preparation for a late night out.

The best strategy for napping is to try to time naps so that they do not interfere with your usual sleep time. Use the shortest nap you can to achieve the desired result. If you are feeling the need to nap frequently throughout the week, take a look at your nighttime sleep schedule. If you’re not getting sufficient sleep at night, address that problem. If you are sleeping fine at night, then enjoy your nap and its benefits.