Are you getting enough exercise? Although we all know that physical activity is important, many of us find a hard time getting the amount that we need for optimal health. However, there is hope: According to new research, exercising before breakfast may be a powerful life hack that allows us to enjoy twice the health benefits of exercising at other times.

Is There a Best Time to Exercise? 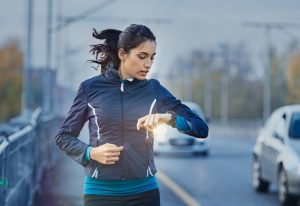 A great deal has been written about the importance of exercise. Despite this, many people lead lives that make it difficult to get enough physical activity. As a result, many of us are looking to maximize the limited time that we have to engage in healthy movement.

The circadian rhythm affects almost every aspect of human health, and particularly metabolism. However, until recently there was no firm evidence that circadian rhythm affects the results of exercise. Two studies published this spring in the journal Cell Metabolism address this issue. One research team put mice on treadmills at different times of their waking hours and tested how their bodies responded to the exercise. The mice showed about 50 percent better performance when they exercised at the end of their waking period.

A second team of scientists also looked at mice, although in a different way. They had the mice exercise throughout the day and instead tested different metabolic processes in their muscle cells. Mice who exercised at the beginning of their “day” experienced the most beneficial effects on their metabolisms.

A study performed on humans suggests that we have a similar trend. While performance was found to be better at the end of the day, we get more of the metabolic benefits of physical activity when we exercise in the morning.

Time of day is clearly important when it comes to exercise, but it is not the only factor. How exercise is timed in relation to eating may also be crucial. One study showed that people who exercise while in a fasting state, such as before breakfast, have improved metabolism compared to people who exercise after eating. However, this study was performed on fit young men who have metabolisms that are not representative of the rest of the population.

New research suggests that people who are overweight or obese may experience even greater health effects from choosing to exercise before breakfast. Scientists divided a group of overweight and obese men into three sets who were assigned an exercise regimen for a six week period. One group ate breakfast before exercising, one ate it afterward and the third did not change their exercise habits at all. All groups were tested before and after the research period for insulin resistance, body fat percentage and other markers of fitness.

At the end of the six weeks, both groups of exercisers had a similar amount of weight loss. However, the group that exercised before breakfast had additional benefits including a lower body fat percentage and less insulin resistance.

Exercising Before Breakfast: Making a Morning Workout Work for You

Although there may be benefits to exercising before your morning meal, it can be difficult to fit physical activity into the average busy morning. First, researchers suggest that people who are trying to change a routine or add a new habit start small. Rather than planning to go to the gym for a full workout every morning, instead get up early and go for a walk or run. Once you have adjusted to exercising in the morning, begin to increase the intensity. 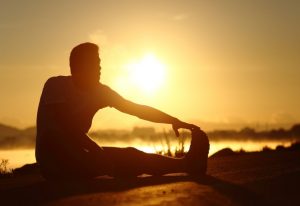 Second, plan ahead. Pack your gym bag or lay out workout supplies before you go to bed. Many people sleep in clean gym clothes so they can get up and go without a fuss.

Third, set rewards for making meaningful changes. If you successfully exercise in the morning for a full week, treat yourself to an enjoyable activity or treat you have been wanting. Although it may seem silly, the human brain was designed to change behavior in response to rewards.

Last, make sure you keep a stable circadian rhythm despite the earlier wake-up time. Go to bed and wake up at the same time every morning, whether you are working out that day or not. Plan to get the amount of sleep you need for optimal function so you won’t be exhausted when the alarm goes off.

Changing habits takes time, especially habits that include a change in waking time. Despite this, there is convincing evidence that exercising in the morning before you eat breakfast may have dramatic health benefits. If you are trying to get the most out of your exercise, timing is everything. 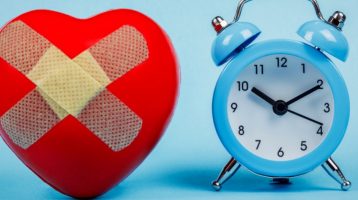 Examining the Relationship Between Insomnia and Heart Disease