Do you ever wish you could increase your motivation to exercise, or would you just like to lose a little weight? According to the latest research, both may be possible simply by taking a long break between meals and cutting out snacks. 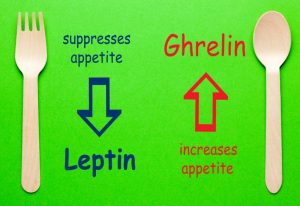 Obesity has become a veritable epidemic in the Western world. A high-fat diet, sedentary lifestyle and snacking between meals can lead to serious health problems such as cardiovascular disease and diabetes. They are also often accompanied by a lack of motivation to exercise regularly.

In studies with mice, scientists from Japan have now discovered how this necessary motivation boost can be achieved. A particular hormone responsible for the control of hunger and satiety, known as ghrelin, has been found to play an important role. When we’re hungry, the level of ghrelin in our blood increases and then sinks again after we eat.

In the study, Japanese researchers from the Kurume University School of Medicine divided mice into two groups. One group had free access to food around the clock, while the other group received food only twice a day.

Although both groups consumed about the same amount of food, those rodents that received only two meals a day were more likely to use the exercise wheel. In addition, the mice that had free access to food and ghrelin were also significantly more active.

It’s known that ghrelin is involved in the reward circuits of the brain via dopamine neurons related to motivation. According to the research team around Yuji Tajiri, the results of the study suggest that ghrelin not only regulates hunger but also increases motivation to exercise voluntarily.

As the hormone is produced in the stomach, it stimulates the release of dopamine in the hypothalamus, which in turn stimulates appetite. It’s possible that this same mechanism increases motivation for physical activity.

Although these findings were made in animals and further studies are needed to confirm that ghrelin has the same effect in humans, research so far suggests that eating three regular meals with fasting periods and no snacking between mealtimes could help people who want to lose weight feel more motivated to exercise. Ghrelin-mimicking medications could also play a future role in the future treatment and prevention of obesity.

Weight Management with the Chronodiet 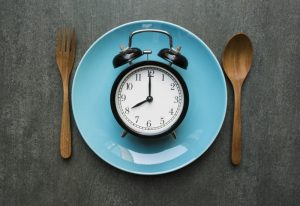 The well-established Chronodiet, which also relies on clearly regulated meals, is based on eating three times a day: in the morning, at noon and in the evening, with a break of four to five hours between meals. Snacks are omitted since these increase insulin levels, which causes constant cravings and leads to unwanted weight gain. In addition, the body remembers regular snacking and gets hungry at the same time the next day. The energy contained in these unnecessary snacks is immediately stored in our adipose tissue.

By adapting the meals we eat to the natural rhythms of the body, the Chronodiet ensures food is eaten when it can be optimally absorbed and utilized. WHAT you eat WHEN is crucial. This helps facilitate positive weight management in the long term.