Often considered one of the less-important senses, our sense of smell is actually crucial to our daily lives. Smell plays a variety of roles in our lives, helping us to choose nutrient-rich foods, avoid danger and even to select appropriate mates. Despite its obvious utility, there is still much that we do not know about this sense. New research on the circadian rhythm of smell has shed light on how our bodies regulate our sense of smell according to the time of day. 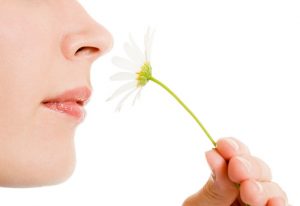 Like all senses, the sense of smell, also known as olfaction, is a complex interplay between sensory neurons and processing areas in the brain. Special nerve cells known as olfactory sensory neurons line delicate tissues inside the nose. Every item in our environment is constantly shedding molecules, some of which reach our noses. Each sensory neuron senses just one type of smell — for example a pine scent or a floral scent or even the smell of rotting tissue. When one of these olfactory neurons senses a smell, it passes a message along our first cranial nerve to a specialized area of the brain where these signals are received and synthesized.

Obviously we can smell more unique smells than there are receptors. That is where smell gets so complicated. Many molecules can hit multiple olfactory receptors at once. They trigger several receptors, which send signals that are combined into a single smell in our brain.

Many people consider smell less important than other senses because people who lack it are not as obviously disabled as those who are unable to see or hear. However, smell is actually an important part of human life, and was even more so back when we were hominids living in a more natural environment.

Our circadian rhythms are one of the most universal properties of life. All creatures from the tiniest single-celled bacteria to large and complex mammals have internal clocks. These internal clocks help to set into play important cellular processes for the times of day when we will most benefit from them. For instance, some human activities (like cell repair) occur when we are fast asleep while others (like digestion and metabolism) are planned for when we are awake and active.

Drosophila, a type of fruit fly, is one of the most-studied organisms on the globe. It has a genetic makeup that is surprisingly sophisticated for an insect, sharing thousands of crucial genes with mammals including humans. It also has a very short lifespan, so researchers can see the effects of different genes or proteins within days.

Researchers looking at the genetic basis of smell discovered that a few specific proteins seemed to affect how many olfactory receptors were active. Levels of these proteins oscillate throughout the day, allowing fireflies to detect both odors and pheromones more effectively in waves throughout the day.

New Information About the Circadian Rhythm of Smell

Researchers corralled nearly forty teenagers for nine days of strict scheduling and batteries of medical tests. The teens were carefully scheduled so their circadian rhythm could be predicted, which was confirmed with tests of salivary melatonin. Researchers asked the teens to smell different scents, which were progressively diluted until the teen could not smell them at all. This allowed researchers to test the sharpness of their sense of smell at that moment in time.

The tests showed that there is an oscillation of our sense of smell throughout the day that rises and falls in a predictable way, in line with light levels and melatonin production. This is contrary to what was previously believed among most scientists: that human smell remained relatively the same regardless of the time of day.

Why Would Smell Have Its Own Clock? 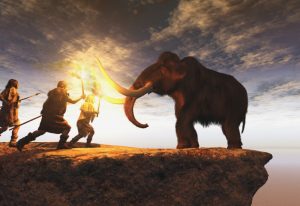 If, in both fruit flies and humans, the sense of smell is on a complex internal clock, there must be a good reason. Researchers have many ideas about why this sense in particular appears to be so tied to the time of day. It is possible that our sense of smell is keener at times of day when there is more danger in the environment. Smell could have alerted early humans to predators, fires and other important dangers. In addition, our sense of smell likely influences mating in complex and subconscious ways.

Last, there is an interplay between smell and eating. The digestion and metabolism of food are tightly controlled by the body. Smell is intertwined with these, helping to cue feelings of hunger and affecting how much we eat of different foods. As a matter of fact, the researchers behind this latest study were testing teen olfactory acuity in hopes of finding new answers for the rising rate of adolescent obesity. Because smell and taste are so entwined, there may be other metabolic connections that are not yet obvious.

There are a lot of reasons that smell and the circadian rhythm may be linked. Further study will be needed to determine the exact relationship between the two functions. However, the fact remains that our sense of smell appears to be tightly controlled according to the time of day, suggesting that it may have functions that we are not yet aware of.