Once a disease of adults, Type 2 diabetes is now affecting an increasing number of children in the United States. This disease is linked to increased insulin resistance and metabolic effects that can have devastating lifelong consequences. Doctors and scientists are struggling to discover the reason that so many children are suffering from Type 2 diabetes and other types of metabolic syndrome. New research finding links between sleep and diabetes suggests that our circadian rhythms may contribute to how sugar is processed, even at a very young age. 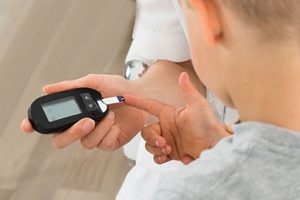 There are two types of diabetes: Type 1 and Type 2. Type 1 usually begins in childhood. In this disease, the body wages an autoimmune attack on your pancreas that leaves you unable to produce insulin. Because insulin is needed to let blood glucose into cells, this leads to cells that are starved for food even with dangerously high blood sugar in the bloodstream. This disease is usually random and unpreventable, with rates remaining stable over decades.

Type 2 diabetes also affects glucose metabolism, although in a very different way. In this form of diabetes, people’s cells become insulin resistant. Even with the pancreas working harder than ever to meet increasing insulin demands, cells simply do not let blood glucose into cells as effectively. While people with Type 1 and Type 2 diabetes will both have high blood glucose, Type 1 patients will have no insulin at all in their bloodstream while Type 2 patients will have very high levels. Unlike Type 1 diabetes, Type 2 diabetes is caused mainly by lifestyle factors and can often be treated with lifestyle changes as well.

New Connections Between Sleep and Diabetes

Type 2 diabetes can destroy blood vessels, nerves, eyesight and kidney function. It is important to prevent this illness whenever possible—but how? New research suggests that maintaining a stable circadian rhythm may be an important part of prevention. Researchers interviewed and collected blood samples from thousands of children. Those that slept less than the average 10.5 hours a night had higher body fat, higher blood sugar levels, and more insulin resistance. A difference of sleep length of as little as half an hour correlated with lower body fat and higher blood sugar. if your child is staying up just a little later to play on their tablet, finish homework or watch television, it could have serious health effects.

Children who do not have regular sleep habits are at risk of not just Type 2 diabetes, but a wide range of serious diseases and disorders. As with adults, keeping a steady and well-regulated circadian rhythm is one of the cornerstones of good health. Children who have a regular bedtime that allows for plenty of sleep have been found in numerous studies to have the following benefits:

Despite the many benefits of keeping a stable sleep schedule, many American children don’t get enough sleep and do not have a steady bedtime. This leaves children not only at risk of psychological and physical effects but also at risk of continuing to have poor sleeping habits as adults. 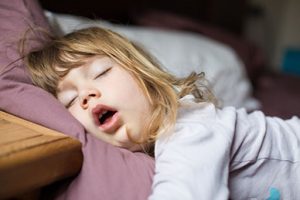 The CDC currently recommends that school aged children get between six and 12 hours a night of sleep. However, this is easier said than done for many parents. Bedtime often is a long and stressful event, leaving many parents to turn to tablets or other bad habits as a means of getting kids into bed. If you are a parent who struggles to help your children get the sleep that they need, consider the following strategies:

Many adults in the modern world struggle to get the sleep that they need. Unfortunately, we may be passing these bad sleep habits down to our children. It is more important than ever to be proactive in getting your children to sleep. Taking the time to teach your children how to maintain a healthy circadian rhythm will contribute to better health and a more successful future.