The Rhythm of Allergies: How Chronopharmacology Can Help You Breathe Easier

Understanding the 24-hour rhythm of allergies is helping doctors to more effectively treat patients who suffer from this pesky ailment.

Allergies are unfortunately common, affecting roughly 10 percent to 30 percent of the population worldwide. Scientists estimate that even more people, a little more than half, have allergies that they do not know about. This is one of the most common chronic diseases, yet there are no straightforward medical solutions. People often have to take several different medications simply to keep symptoms under control. What if there was a way to make these treatments more effective? Chronobiology research on the circadian rhythm of allergies may change the way doctors treat this all-too-common illness. 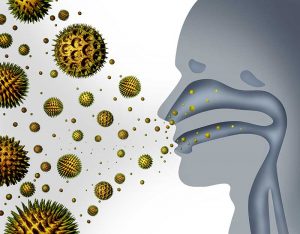 Allergic reactions occur when your body has an immune reaction to something that is not a germ. Your immune system is designed to catch and respond to foreign invaders such as viruses, bacteria and fungi. This response is called a hypersensitivity reaction. T cells and other cells of the immune system perceive a foreign invader and release immunoglobulins that in turn cause the release of histamines and other immune molecules. These molecules cause inflammation, including swelling, rash and in some severe cases, anaphylaxis. In terms of symptoms, this can mean a sore throat, watery eyes, runny nose, coughing, headaches or even deadly reactions such as the closing of airways. While this mechanism is important in fighting germs, it can be a serious health problem when the immune system reacts to pollen, foods and other non-threatening substances in our environment.

Scientists do not understand a great deal about why some people have allergic reactions to relatively safe substances. However, we are learning more every day and thus developing new treatments for people who suffer from allergies.

The Circadian Rhythm of Allergies

Have you ever noticed that your allergies are worse late at night and early in the morning? If so, you are not alone. According to new research, the immune cells that contribute to allergic reactions are affected by the body’s circadian rhythm. The parts of the immune system that cause allergies are strongest while we sleep and in the hours immediately after we wake. These are also the times when people are more likely to suffer from allergic rhinitis and other symptoms of allergies. People once believed that this pattern was caused by allergens in bedding or the habit of sleeping with windows open, but we now know that your body simply reacts more to immune challenges at these times.

Because your allergies are more likely to act up overnight, allergy medications may help more when taken at certain times of day. Several studies have found that taking allergy medication before bed is more effective than taking it at other times of the day. This way, the levels of medication in your bloodstream are highest when you are most likely to suffer a reaction and then taper off at the same time that your symptoms do. Other diseases, such as asthma, can similarly be treated more effectively by taking long-acting medications at the times when they are most needed. chronopharmacology, is showing great promise in improving the treatments of diseases such as allergies that are affected by our internal clocks.

Understanding the circadian rhythm of allergies and other diseases can help more people get relief from these uncomfortable and even life-threatening symptoms. If you struggle to keep hay fever or other allergies at bay, you may simply need to take your medications at a different time of day.