Looking for the best study strategy for effective recall? Studying before bedtime may be the answer.

College and high school students tend to get less sleep than both working adults and children. While staying up late may be necessary for studying, a sleep deficit can actually harm test scores. A new study has found that both the timing of studying and duration of sleep can have an impact on memory, which may ultimately impact performance and grades.

The Best Time to Study

A chronobiology study from Brigham and Women’s Hospital in Boston used face recall as a test of memory. Half of the participants reviewed the photos before sleeping for eight hours, while the other half reviewed them in the morning. Both groups “studied” for the same amount of time and both took the memory test 12 hours after studying.

It was found that the participants who engaged in studying before bedtime were able to match names to faces at a higher rate and felt more confident about their answers compared to those who studied in the morning. This suggests that people who study before bedtime, regardless of the material they are trying to learn, may have better memory and recall. These findings may help students to study more effectively and learn information with less effort. 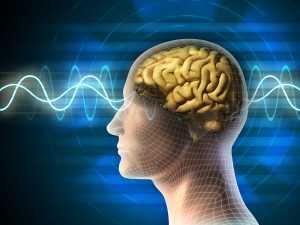 This is not the first study linking sleep with better memory. Researchers have found repeatedly that sleep is an integral part of recall. Creating a memory occurs in three stages: acquisition, consolidation and recall. Acquisition is when you actually encounter and attempt to learn new information, while consolidation is the neurological process of incorporating the information into a memory. These are both essential for recall, or accessing the information later.

The crucial consolidation step appears to happen when we are sleeping. During this time, our brain creates the neurological connections that enable us to retain the information. Researchers believe that the unique brainwave activity that occurs during sleep is important to consolidation and thus to memory as a whole. This new research suggests that when consolidation happens shortly after acquisition, recall is improved.

The Physiology of Memory

How can sleep improve memory? Why exactly is studying before bedtime the best? When we are awake, our memories are processed in the hippocampus. This area is most active when we are fully awake. However, the cortex of the brain is also critical to memory. When we fall asleep, even for a short time, this area becomes very active. Engaging the cortex while information is still fresh in our heads may encourage the crucial step of consolidation, which supports the idea that studying before bed is indeed best.

The Curious Problem of High School 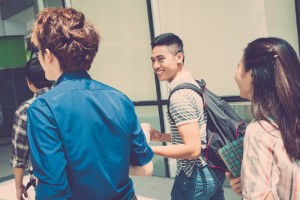 Understanding sleep and memory can help us to make changes that will benefit public health and raise test scores. If sleep is so important to memory, why do high schools and universities begin classes so early? This is a question many researchers are asking as the evidence against this practice builds up. Young adults and adolescents are often unable to fall asleep until late at night, so having to wake up extra early for class may be hurting both their health and their grades. Several major medical associations have asked schools to make start times later to allow for proper sleep.

The entire biological basis of memory is not entirely known. However, researchers are constantly identifying new ways that we can improve our lives through slight adjustments to sleep and the way we time our days. Knowing the best time to study may mean spending less time studying, and thus leading a richer, fuller life. 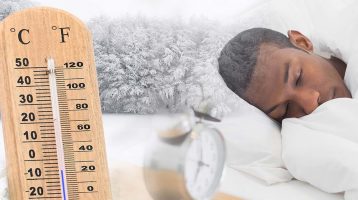 Why You Sleep Better in Colder Temperatures