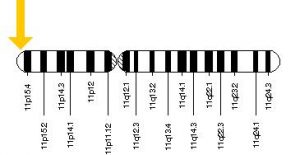 Sleep deprivation has been associated in many studies with a variety of negative cognitive effects including fatigue, poor decision-making and short-term memory loss. However, a new study in chronobiology, however, has shocked researchers by suggesting that sleep deprivation may actually improve long-term memory. This counter-intuitive effect is due to the effects of a molecule called IGF-2, which is produced during disruptions to the circadian rhythm.

IGF-2, short for insulin-like growth factor 2, is a molecule that resembles insulin and has a variety of effects on cells. It stimulates cell growth and proliferation, which is why it is particularly active in fetuses. Production of this biochemical decreases sharply at birth and then declines slowly but steadily over one’s lifetime.

Recent studies have found that IGF-2 is not just a factor in growth and development, but particularly important for memory. Rats who were injected in the hippocampus of the brain, an area associated with memory, had increased long-term recall. IGF-2 is now being tested as a possible treatment for Alzheimer’s disease, Parkinson’s disease and other diseases that cause memory loss.

The Effects of Sleep Deprivation on IGF-2

Sleep is important to memory formation and consolidation. As we go through the first phase of sleep, the hippocampus and prefrontal cortex of the brain become active. These regions choose which information to store and which to discard, a task that includes moving some information from short term memory to long term memory.

Mice who were chronically subjected to irregular sleep-wake cycles in a recent study showed an increase in production of IGF-2, which is likely done to protect cells from being harmed by sleep deprivation. This increase in IGF-2 had a surprising effect: These mice had better long-term memory recall observed almost immediately. This is contrary to what circadian biology researchers previously believed about the effects of sleep loss on memory.

When researchers gave mice additional IGF-2 without irregular sleep cycles, the same increase in memory was observed. While sleep deprivation can indirectly lead to increased memory via IGF-2 production, it does not directly have a positive effect.

Can Losing Sleep Improve Your Memory? 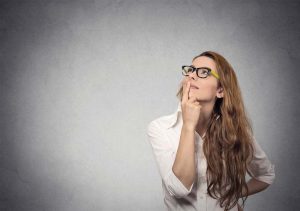 While this study suggests that keeping an irregular sleep cycle may be good for memory, there is a downside. Mice subjected to irregular sleep over the long term had brain degeneration and an overall loss of long-term memory, possibly from the effects of disrupting the circadian rhythm, or 24-hour internal clock. While sleep deprivation may improve long-term memory in the short term, it will have a detrimental long-term effect on memory and other cognitive functions. In addition, mice who had irregular sleep-wake cycles also had to nap throughout the day, especially when performing physical activity.

Chronobiology researchers are not sure whether these long term negative effects are due to sleep deprivation or to increased levels of IGF-2. Studies are already exploring this as IGF-2 is being tested as a treatment for a variety of neurodegenerative diseases associated with long term memory loss. For the time being, IGF-2 is considered a promising but potentially destructive treatment for memory loss.

While taking IGF-2 supplements without a prescription is not a good idea at the current time, the discovery of its effects on memory is an important one. Circadian biology studies determining the genes and molecules involved in sleep and memory will lead to greater knowledge of the human brain, which can then be turned into better health treatments for a variety of medical disorders.