As medical scientists gain a deeper understanding of chronobiology, they are seeing great potentials for improving the treatment of disease. An important element of that improvement includes the potential to develop what has been termed “personalized circadian medicine,” an approach to care that utilizes a person’s own individual biological rhythms. According to research scientists, circadian rhythms and biological cycles can influence the best time of day to take medication for maximum treatment benefit, potentially helping to improve medication efficiency and reduce negative side effects.

Circadian Rhythms and the Timing of All Things 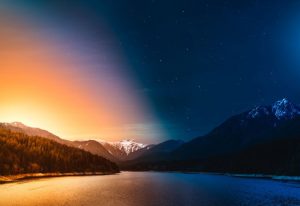 The circadian rhythm is an approximately 24-hour cycle that mirrors the cycle of light and dark, or day and night. This fundamental rhythm is one that we, along with all other life on earth, have evolved to over countless generations. It’s no wonder then that this rhythm is woven into the timing of just about everything that happens in our bodies, right down to the actions of the individual cell. We have timekeepers throughout our bodies in tissues and organs.

These body clocks and clock genes are kept in sync by the master clock in the brain. That master clock is influenced by the circadian rhythm, which is itself in turn influenced by such external cues as light, which is the most powerful cue, meal timing and physical activity. The circadian rhythm and the body’s timekeeping system impact the functioning of all the body’s systems, including the immune system and the metabolic system.

Timing and the Best Time of Day to Take Medication

Understanding the role of the approximately 24-hour cycle in the day-to-day activities of the cells and systems within the body opens up intriguing possibilities in the treatment of diseases. This is especially true when considering that many diseases are directly related to lifestyles that are out of sync with the circadian rhythm and traditional lifestyle patterns, such as being active and eating during the day and sleeping and fasting during the night.

For example, the higher rates of cancer in night shift workers has led to that sort of work schedule being classified as probably carcinogenic to humans. Other diseases associated with chronic circadian rhythm disruption include diabetes, obesity, metabolic disorders and cardiovascular diseases.

A recent New York Times Magazine article discusses some of the fascinating new research regarding the timing of medications in conjunction with circadian rhythms, matching treatments to body clock rhythms specific to the targeted body region. According to the work of University of Pennsylvania professor of pharmacology John Hogenesch, approximately half of our genes are time-regulated, or clock gene controlled, with predictable oscillation and routine patterns of activity. In other words, the opportunity work with the natural timing of bodily systems to choose optimal treatment timing strategies and targeted drug action goals is there.

It has already been established that the timing of a drug can impact the efficiency of that drug and even the degree to which negative side effects are experienced, such as with the drugs used for colorectal cancer. Interestingly, a French study revealed differences between men and women on what time of day colorectal cancer medications were most effective with the least degree of negative side effects. Another example is that flu vaccines work best when given in the morning.

New research is taking it to the next level to look at how the circadian rhythms of diseases can be used against them, such as the circadian rhythm or biological cycles of tumors, allowing them to be targeted when most vulnerable. Imagine the potential power in a treatment plan and drug strategy that works with the individual biological cycles of both the patient and the disease!

Thus, there are a number of timing factors that go into determining the best time to take medication. These factors relate to the mechanics of how the body and its systems work, particularly in relation to timing and activity cycles within specific, target areas of the body, its systems and cells. And, hopefully, in the not-too-distant future, with further research, those calculations will be able to include the cycles and rhythms of various diseases as well. 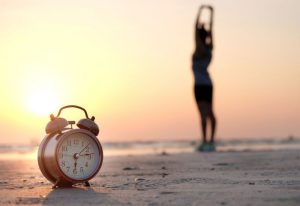 Various other studies have demonstrated the importance of doing things at the right times, such as light exposure and the taking of nutrition. It’s important to bear in mind that our bodies evolved to a basic, natural rhythm and that when we work with that rhythm, rather than against it, we promote better health and lower our risk of disease.

When fighting a disease, it just makes sense to do all we can to support a healthy circadian rhythm which, in turn, promotes better immune system functioning and better overall bodily systems functioning, setting the stage for time targeted medications to be able to reach their best potentials to defeat disease and aid in the return to health.