Study Finds Women May Be More Affected by Shift Work

Shift work has been identified as a risk factor for diseases ranging from cancer to diabetes. Women may be especially at risk for negative health effects.

Getting enough sleep is a struggle for many people, but especially for people who work nontraditional shifts. Sleeping during light hours and being awake at night can negatively affect the circadian rhythm and thus every aspect of one’s health. A new study has found that women are especially at risk for disease when they engage in shift work.

While men and women go through the same general sleep cycles every night, gender affects sleep. Men are more at risk for apnea, while women suffer from insomnia at a higher rate. Differing levels of sex hormones such as testosterone and estrogen are likely one cause of these disparities, but they may not be the only reason.

The Negative Effects of Shift Work 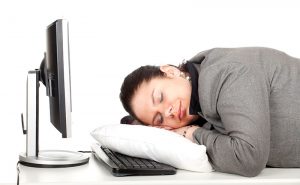 Shift work is necessary in many industries, but it has serious effects on the human body. People who work odd hours are more likely to be fatigued and have memory loss or other symptoms of sleep deprivation. In addition, they are at higher risk of serious diseases ranging from obesity to cardiovascular disease to depression. This is due to the circadian rhythm’s effect on every organ system in the body. Cells rely on circadian hormones such as melatonin to let them know when to perform essential tasks such as DNA repair and cell maintenance.

A recent study looked at how these effects present in different sexes. Male and female volunteers were subjected to a 28-hour day rather than the standard 24-hour one for four weeks. In other words, these participants suffered extended jet lag. They underwent testing to see how this change in circadian rhythm affected them. These tests included tests of memory and cognitive function, EEGs to monitor brain waves and self-evaluations. The results showed a surprising difference in the way men and women react to a disruption of their natural cycles.

Both men and women reported symptoms of circadian disruption such as fatigue, but there were key differences in other test results. Women showed a greater decrease in performance on cognitive and memory tests. The difference was especially great in early morning hours, which is when a lot of night shift workers end their workday.

Why does this occur? Hormonal differences likely play a role. In addition, women generally have “faster” circadian clocks and need more sleep than men. Many researchers believe this is partially due to women’s higher level of domestic duties (cleaning and caring for children can be tiring!), but there are likely other differences as well. The exact mechanisms will be a subject for future research.

All over the world, women work odd shifts in a variety of careers such as nursing and medicine. While these jobs are essential to our society, they can have negative effects on workers, especially female workers. Identifying why people are so affected by a disrupted circadian rhythm may allow for more prevention and better treatment.