Some of us thrive in the early morning, while others unfortunately do not. Although it was once common to view “night people” as lazy, we now know that they simply have a different chronotype. Some people are hardwired to go to bed early and rise with the sun, while others are meant to be up late at night and to rise just as late. Although there is nothing inherently wrong with being a night owl instead of a morning lark, research has shown that people who naturally favor nights face a special set of night owl health risks. However, a new study suggests that a few simple lifestyle changes could reduce the inherent risk of being a night person.

What We Know About Night Owl Health Risks 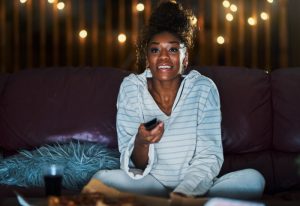 Night owl chronotypes face a variety of challenges in the modern world. They often must get up earlier than their natural timing suggests, leading to a perpetual state of jet lag.

Jet lag is an illness that naturally affects people who travel between different time zones. People who are night owls appear to suffer jet lag on a daily basis, as they must wake earlier than their natural rhythms suggest just to live a normal life. This forces them to live daily with lower energy levels, lower cognitive function and the persistent fatigue that most of us associate with jet lag.

Although it is a huge challenge to live life with the symptoms of jet lag, there appear to be other health issues that come with being a night owl. Recent studies suggest that night owls can pick up very dangerous health behaviors as they attempt to function in a world that doesn’t march by their set of drummers. They tend to eat at erratic times, drink more caffeine and even drink more alcohol. In addition, they appear to suffer from other health risks.

People who are natural night owls have a higher risk of developing type 2 diabetes and heart disease. They are also more likely to have more poorly controlled disease when they suffer from these and other chronic illnesses. These additional risks add up to a higher chance of disability and early death.

Although this may seem like bad news for people who naturally prefer to be awake late at night, there is good news. There are ways for night owls to reduce their health risks.

Although our world is designed for morning larks, a new study suggests that there are several ways that night owls can more effectively keep up with modern life. To study these lifestyle changes, researchers looked at a group of self-professed night owls with an average natural bedtime of 2:30 a.m. and a natural waking time after 10 in the morning. These research participants were asked to make certain lifestyle changes over a three-week period. These changes included:

These lifestyle changes may seem moderate, but they had a substantial effect on the subjects. After three weeks, the night owls began to perform better on tests of cognitive performance. They also did better in tests of physical health. Significantly, they began to show peak performance in the afternoon rather than late at night.

These changes represent a change in the internal clocks of these night owls. Over time, these simple lifestyle changes would likely add up to significantly lower health risk and better overall health. 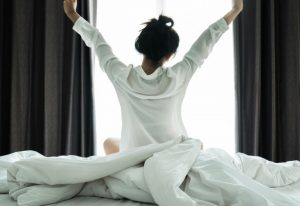 Regardless of your chronotype, there are a few ways that you can increase your chances of living a lifetime of good health. Like the volunteers of this study, most people will benefit from keeping a firm daily schedule with unchanging times for waking, eating and sleep.

In addition, controlling light can be a huge factor in the timing of your internal clocks. Getting plenty of sunlight during the day and planning for very little light exposure at night helps your brain to perceive the time of day. Taking melatonin at night also can help you to move your internal clocks to the desired rhythm.

Whether you are a night owl or not, many of us could use some help in adjusting to the early mornings that modern jobs demand. Although these changes may not resolve all of your sleep woes, they may help many night owls to avoid the inherent health risks of being a late chronotype.