Coronavirus, or COVID-19, is not the first germ to sweep the globe, nor will it be the last. We are bombarded on a daily basis with microbes that can cause serious or even fatal disease. Although we are currently more aware of the deadly potential of viral disease, we have always been at risk. Our immune systems are the one thing standing between us and the threat of viral illness. New research suggests that melatonin supports immune system health, making our circadian rhythms more important and more relevant than ever.

Your Immune System and Your Internal Clocks 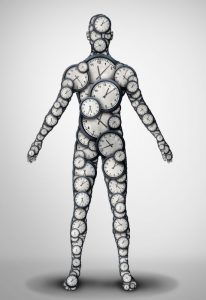 Although we think of melatonin primarily as a sleep hormone, it has an established role in health and healing. This biochemical acts as an antioxidant, helping to remove toxins from our cells so they can rebuild after inflammation or even just the stresses of daily metabolism. Because our immune systems cause a great deal of inflammation as part of their work in fighting bacteria and viruses, this antioxidant activity is crucial to our health.

Scientists once believed that melatonin is produced exclusively by areas of our brain dedicated to regulating the circadian rhythm. However, we now know that this is not the case. A variety of human tissues produce melatonin, including gastrointestinal tissues as well as certain immune cells.

Because melatonin decreases inflammation, a key feature of immune activity, it was initially believed to act as an immune suppressant. However, it has long been noted that people who get more rest recover more quickly from infections and are less likely to become ill in the first place.

New studies suggest that melatonin actually plays a complex role in immune system health, acting as an immune modulator. This means that it increases immune response in some cases while mitigating its effects on others. This can be particularly beneficial in infections from viruses such as coronavirus, in which the immune system can overreact and cause organ failure.

Our immune system, like so many areas of our lives, needs to be regulated carefully to prevent both over-reaction and under-reaction. Melatonin provides this needed moderation, supporting optimal immune activity and protection against infectious disease.

Immunity When You Need It the Most

Most of us have fully functioning immune systems that can take on a variety of infectious illnesses. However, certain groups can benefit immensely from any immune boost. Melatonin appears to play an especially powerful role in the immune systems of elderly people, who are most at risk of serious complications and death from infections.

In addition, melatonin appears to have immense effects on how our immune systems handle cancer. Our body’s immune cells play a vital role in recognizing and stopping cancer in its very earliest stages. Melatonin appears to help our immune system to identify budding cancers as they occur. This may be why insomnia and other sleep disorders increase the rates of breast cancer and other deadly malignancies.

We do not currently understand all of the ways that melatonin supports immune system health. However, it is clear that we need ample amounts of this hormone for our whole-body health.

Are You Getting the Melatonin That You Need?

Melatonin is made in our brain and in a variety of tissues in our bodies. However, this does not mean that most modern people are getting the amount that they need for good immune system health.

Sleep disorders are a growing issue in our world, affecting the majority of people at some point in their lives. Millions of people worldwide report having insufficient sleep in the last month, with many experiencing trouble sleeping on a nightly basis. Altogether, around 30 percent of the population suffers from a sleep disorder of some kind.

Many people with sleep disorders are not making the melatonin that they need for sleep and for good health. In a world that seems to be designed to discouraged sleep, this should not be a surprise. Many of us work jobs that prevent us from keeping normal hours. Others among us live in areas with high levels of light pollution, which can significantly reduce melatonin production. With smartphones and other well-lit screens ubiquitous in our bedrooms, it can also pose a challenge for people who are not getting the sleep they need. 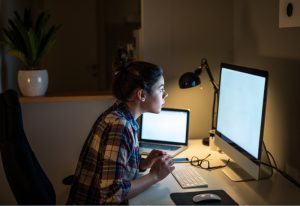 How can our overworked and under-rested population get the melatonin that we need to fight off infections? Lifestyle changes can make an impact. For example, turning off screens and light sources an hour before bedtime can help you to make more melatonin and get better sleep. In addition, limiting light pollution with blackout curtains can be beneficial as well. For people who cannot easily change their lifestyle, melatonin supplements can help to provide healthy levels of the hormone.

Regardless of how you get enough sleep, it is important to make this your goal. Good sleep is essential for not just immune health, but for almost every aspect of wellness.