Insomnia, a blanket term for disorders in which people lack either sleep quantity or quality, is the most common sleep disorder on the planet. Insomnia affects millions of people worldwide, leaving people drained and exhausted while also at high risk of a variety of health disorders. As of now, there are few treatments for insomnia, making it a challenge to manage. However, new research on the source of genetic risk for insomnia offers a new avenue for treatment and even a possible cure. 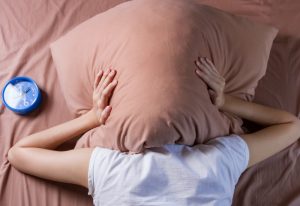 As the name suggests, insomnia is a disorder in which people do not get enough sleep. There are many forms of insomnia. In some types of insomnia, people fall asleep quickly but then awaken before they have gotten enough rest. In other types, they toss and turn, unable to fall asleep despite being exhausted. Some people with insomnia get plenty of sleep time but suffer due to low sleep quality, obtaining little restful value from their slumber.

Insomnia is one of the most common chronic illnesses in the world. This disorder, while common, can be extremely destructive. People who suffer from insomnia often feel groggy and tired throughout their day, and have a higher risk of work accidents and car accidents.

Several studies have shown that people with insomnia have lower cognitive function and can even suffer from memory impairment. In addition, poor sleep places us at a higher risk of developing chronic illnesses such as diabetes and heart disease later in life.

While insomnia is often caused by lifestyle issues, stress and psychological problems, it also has a strong genetic component. People who have insomnia likely have parents and other relatives who also suffer, indicating that there is a definitive genetic risk for insomnia.

Until recently, sedatives were the most common treatment for insomnia. While these medications helped people to fall asleep and stay asleep, we now know that they can actually reduce sleep quality. In other words, the people taking them would fall asleep and stay asleep, but then wake up feeling unrested and perform similarly to those who had not slept at all. In addition, sedatives have serious side effects, can be addictive and can even be deadly.

Recently, a new class of medications has hit the market. You may have heard of these drugs, which include Ambien®, Lunesta® and Sonata®. These medications help people to sleep and may even help with sleep quality. Unfortunately, they have similar contraindications as sedatives. They are extremely habit-forming, with many users quickly developing a tolerance. They can also lead to erratic behavior and have other serious side effects.

The best natural answer that we currently have for insomnia is a series of lifestyle changes that support better sleep. However, a new study has opened up new avenues of treatment by identifying the brain cells that contribute to certain hereditary forms of insomnia.

Several recent studies have looked into the exact genes and cells that affect insomnia. A study in 2016 found that people with insomnia have measurable differences in the gray matter and limbic system of their brains.

A new team of scientists looked at genetic data from more than one million people in the U.K. When they compared the genes of people with insomnia with those who slept normally, they were able to identify more than 900 genes that appear to contribute to sleep disorders.

What’s more, the cells affected by these genes are clustered in a few discreet areas of the brain. In other words, we now know exactly which brain cells contribute to insomnia that has an inherited basis. 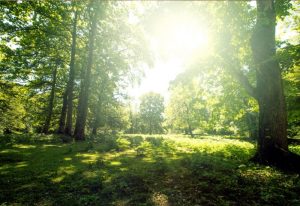 At this moment, natural remedies and lifestyle changes are among the most effective ways to treat insomnia. There are several ways to increase your odds of getting the great night of sleep that you need for optimal function. These include:

If you have tried lifestyle changes and still do not feel sleepy, consider taking a melatonin supplement. Because melatonin is the same hormone released by your body in preparation for sleep, natural melatonin supplements may help you to sleep without the side effects of commonly prescribed pharmaceuticals. In fact, melatonin is one of the most evidence-based treatments for insomnia on the market. For many cases of insomnia, natural solutions remain the best way to improve sleep.