Syncing Drug Administration With the Body Clock for Greater Efficacy

We have all heard the popular saying that “time is money.” According to new research, time may be health as well. The times that you take different medications may have a huge effect on how effective they are in keeping you healthy. On an intuitive level, this makes sense. Our bodies themselves work on internal clocks so it should be no surprise that timing drug administration can have a significant effect.

An increasing number of prescriptions include information about when to take the drug. While patients were once told to take most medications every four hours or similar, doctors are increasingly prescribing that medications be taken at a certain time of day. This practice, called chronopharmacology, aims to maximize the effects of medications and minimize side effects simply by timing them carefully.

Nearly all processes in the human body run on some kind of clock. Our blood pressure and pulse increase and decrease rhythmically and predictably throughout the day. Our liver has a circadian rhythm as well, determining how quickly drugs are metabolized and excreted. While we know a great deal about the human circadian rhythm, there also is a great deal that we do not know. Learning more about the timing of different processes could be important in helping people to maintain optimal health.

How Can Timing Drug Administration Help?

Blood pressure is an excellent example of how timing medications and other therapies can have a sizable impact on health. Due to the effects of cortisol and other biochemicals released in the early morning hours, blood pressure tends to rise late at night when we are asleep and be highest in the morning. This unsurprisingly is also the peak time for heart attacks, strokes and other deadly cardiovascular events. 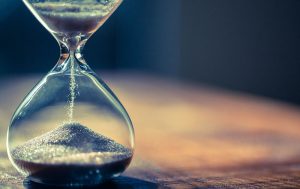 With million of people suffering from hypertension, it is easy to see how timing these medications can have a huge impact on public health. Blood pressure medications are just one example of how chronopharmacology can affect human health. It appears that many medications and therapies may be most effective or have fewer side effects when taken at a particular time of day. For example, cancer drugs used in chemotherapy may kill cancer more effectively when taken at times that the cell cycle is more active. Diabetes medications may work better when taken at times that blood glucose is highest. When you are taking your medication may be just as important as taking it in the first place.

New Research on Health and Chronobiology

It is easy to see how taking medications at certain times can be helpful in treating disease and promoting health. However, we simply do not know the best time for many medications. A group of doctors and researchers at Cincinnati Children’s Hospital are working to change this fact. Led by John Hogenesch, PhD, the group developed a computer program that can determine when key cell proteins are the most active. Using cell samples from over 630 volunteers, they collected data about when our cells perform certain tasks and use different proteins. That is, they made a database of the human circadian rhythm. The information from this program has been put in a database that doctors and scientists can access.

The researchers behind this discovery hope that the information can be used to time medications for improved effects and decreased side effects. The project includes many genes and proteins that are targeted by popular medications, so it could have a huge effect on how millions of people take their medications. Understanding more about the human circadian rhythm is important to promoting good public health.

Are You Timing Your Medications?

Clearly taking some medications at certain times can have a huge impact on health. However, we simply don’t have enough information to determine the optimal time for some treatments. We do know the best time to take the following medications, however. (If you are under the care of a doctor for any health condition, always consult your physician before changing the time of day you are taking your medication.):

Although timing is important, it is just as important to schedule medications when patients are likely to remember them. As in most areas of medicine, human behavior is a crucial component. However, many people can find ways to take medications at the most effective times of day once doctors have determined when exactly those are.