New Findings Show the Liver has a Clear Rhythm

A lot has been studied and written about circadian rhythm. New research suggests that your liver plays an intricate role in maintaining your internal clocks.

Your liver is one of the most important organs in your body. This organ maintains your blood sugar at a safe level, creates many of the proteins needed for activities ranging from clotting to digestion and even plays a vital role in cleaning metabolites and toxins from your bloodstream. Your liver also makes bile, which plays a double role in helping us to digest fats while clearing bilirubin from our bodies. New research suggests that the humble liver also plays an important role in your internal clocks, with cells that maintain a circadian rhythm separate from the rest of your body.

In many ways, our bodies run as machines with a variety of proteins acting as timing mechanisms and even cogs. AMPK is one of these proteins, sensing when cells are low on energy and “turning on” metabolism as needed. CK2 is another multifunctional regulatory protein, helping cells to decide whether and when to divide and even when to die.

As you can imagine, these proteins are especially important in liver cells. The liver plays an immense role in governing metabolism and cell growth in the human body. In addition, new research indicates that these proteins also help the liver to run by and maintain a circadian rhythm that is connected to and yet independent of the sleep-wake cycle of the rest of the body.

The Daily Rhythm of Liver Cells 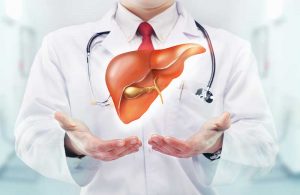 Researchers measured levels of different proteins including AMPK and CKII in the livers of mice that were either placed on a strictly timed fasting and feeding regime or allowed to eat as normal. They found that the levels of these and other proteins in the liver changed according to the time of day, showing a clear link to the body’s main internal clock set by the suprachiasmatic nucleus of the hypothalamus. In addition, liver cells in mice that were placed on a specific feeding and fasting schedule showed a slightly different internal clock, one that was responding both to cues from both the brain and from the animal’s food intake.

This research suggests that the circadian rhythm of the liver is maintained not just by the central clock of the body, but by its own internal mechanism. While the workings of this “digestive clock” are not currently known, they may be important to understanding diseases such as diabetes in which liver function is often impaired or dysregulated.

As insignificant as a single organ’s circadian rhythm may seem at first glance, these findings may soon impact human health in a variety of important ways. CKII, one of the proteins shown to be regulated in part by the circadian rhythm of the liver, has been implicated in some types of cancer as well as in metabolic diseases such as type 2 diabetes. Understanding how to control levels of this protein may allow us to more effectively treat this wide variety of human illnesses in the future. In addition, chronobiology research shedding light on the internal clocks of organs such as this could lead to more effective ways of dealing with circadian rhythm disorders that affect millions.

The liver is one of the most important organs in the human body, playing a role in almost every aspect of our health and often playing a role in illness as well. Understanding more about how the liver affects and is affected by our internal clocks is the first step to new therapies that cure disease and save lives.