Understanding the Connection Between Sleep and Inflammation

Sleep and inflammation have been intricately linked in a host of medical research studies, demonstrating the complex relationship between the two. A disruption in sleep patterns can often be traced back to chronic inflammation in the body. Conversely, numerous studies have shown that regular sleep disturbances are associated with a higher risk of certain markers that lead to inflammation. Here is what you need to know about inflammation and how your sleep patterns can affect your overall health. 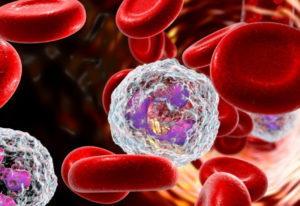 Before you understand how sleep patterns are linked to excessive inflammation, it’s important to understand how this natural biological response works. When the immune system is faced with harmful pathogens, toxins, infection or injury, its natural response is to fight back to eliminate the threat. This can include the release of proteins and/or antibodies, as well as increased circulation to the affected area; what we know as “inflammation.”

Inflammation that occurs in response to an acute event such as sickness or a physical injury is not dangerous. In fact, it is a generally well-tuned protective response designed to guard the body’s basic functions. Common signs of acute inflammation include fever, swelling and fatigue.

However, when inflammation occurs too frequently or lasts for an extended period of time, it can wreak havoc all over the body. Chronic inflammation can be the result of a number of factors, including untreated infections, autoimmune disorders, exposure to environmental toxins, excessive alcohol or nicotine consumption, obesity and even stress, and can lead to numerous health problems.

Exploring the Link Between Sleep and Inflammation

The importance of sleep and the function of inflammation in the body have been two of the most widely studied health issues in recent years. Both of these complicated processes are intricately linked to an individual’s health prospects. Although there is still a lot to be learned, one thing that scientists do know is that the body’s immune system, the process of inflammation and sleep patterns all share the same regulator.

Your sleep patterns are controlled by your natural circadian rhythm. In turn, this body clock influences hormones and other functions that regulate the sleep and wake cycles. It is widely recognized that both excessive sleep and too little sleep can cause the body to become inflamed beyond healthy levels. Just one night of poor rest can cause inflammation in the body to spike. While this is not dangerous if it is an isolated occurrence, a pattern of disrupted sleep will almost certainly cause serious health issues, both in the short-term and down the road.

This is why most sleep experts will recommend that healthy adults aim to get seven to nine hours of sleep per night. Finding that balance between not enough sleep and too much sleep will ensure that you are doing what you can to ward off chronic inflammation.

So why is chronic inflammation such a problem? The reason is that ongoing inflammation is linked to a variety of illnesses and diseases that can seriously impact your overall health and well-being. These conditions have all been associated with the body’s natural inflammatory response, which over an extended period of time may lead to damage in otherwise healthy cells, organs and tissue. Here are some of the health conditions that may be linked to chronic inflammation.

For example, a new study out of the University of Cal-Berkeley has shed light on how disruptions in sleep patterns can lead to the accumulation of fatty arterial plaque buildup in the arteries. Medically known as atherosclerosis, this condition is a precursor of potentially fatal heart disease. The results of this study were published in the journal PLOS Biology earlier this year.

In this study, researchers found that fragmented sleep is a key risk factor in the development of cardiovascular disease. The authors of the study were also clear in pointing out that the implications of disrupted sleep have far-reaching effects on overall health beyond the cardiovascular link.

How Can You Treat Chronic Inflammation?

While inflammation is a normal part of the healing process, it is not healthy to deal with it on a regular basis. It is important to take steps to control chronic inflammation so that it does not trigger long-term health problems.

There are many ways that you can manage chronic inflammation, including the use of steroids and over-the-counter nonsteroidal anti-inflammatory drugs (NSAIDs), including aspirin, ibuprofen and naproxen.

As more evidence linking sleep and inflammation is revealed, it becomes increasingly clear that the quality and quantity of your sleep are both directly related to your health and well-being. Do not ignore this wide body of research that continues to demonstrate even more connection between poor sleep in general and unhealthy levels of inflammation.