5 Surprising Health Benefits of Sleeping on Your Left Side

Whether you toss and turn or stay in the same position all night, there is a good chance that you have a preferred sleep position. Whether it is on your side or splayed out on your stomach, most people have a favorite way to sleep. Surprisingly, these positions can have a huge effect on your health. According to several recent studies, there may be many benefits to sleeping on your left side as opposed to sticking with your favorite nighttime pose.

1. Helping You to Rest and Digest 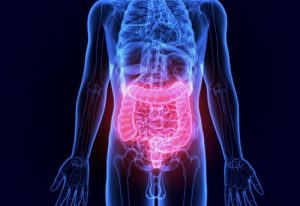 Eating late at night can be harmful to your health and can lead to indigestion, heartburn and a variety of other gastrointestinal ailments. However, many people are nonetheless night-time snackers. Sleeping on your left side can help to mitigate the damage in a variety of ways.

Our large intestines wrap across our abdomens, from our right side to our left. Sleeping on the left facilitates this movement, helping food to be digested more efficiently. As a result, lying on your left during nighttime hours can facilitate good digestion and help that late-night sandwich become fuel instead of sitting in your stomach like a brick.

In addition, laying on your left side can reduce heartburn, which steals sleep for many people who have gastroesophageal reflex (or GERD). One major study found a direct link between sleeping on one’s left side and having fewer minutes of heartburn and reflux every night.

Tens of thousands of people in the United States suffer from sleep apnea, a disorder in which they stop breathing regularly throughout the night. This disorder can lead to snoring, loss of sleep and even cardiovascular disease. However, sleep positioning may have a great deal to do with this disease.

When you are laying flat on your back, the tissues in your neck and chest can easily compress your airway. When you sleep instead on your side, particularly on your left, you are more likely to breathe well throughout the night.

If you snore on a regular basis, it may be time for a change in position. You should also consider talking to a doctor, as sleep apnea can have serious long-term health consequences.

Chronic pain is one of the most common and debilitating musculoskeletal disorders in the developed world. Although we have pain medications that can reduce the pain in the short-term, modern medicine has no long-term answers to this problem. However, your sleep position may make a meaningful difference and allow you to get the pain-free rest that you need.

If you are looking for a sleep position that will help you to reduce your pain both overnight and throughout the day, researchers recommend laying on your left side. Then, draw your knees up (similar to fetal position) and place a pillow between them. This aligns your spine and helps it to stay in a neutral position.

Our brains have a complex system that cleanses them of metabolic wastes, called the glymphatic system. When this system breaks down, these wastes can build up over a lifetime and contribute to serious neurodegenerative diseases such as Parkinson’s and Alzheimer’s.

Our glymphatic systems are most active at night. For reasons we do not completely understand, they seem to work best when we sleep on the left side rather than the right. Thus, laying on your left side at night may actually reduce your chances of developing common forms of dementia later in life. 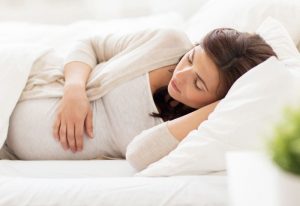 Women in their second and third trimesters of pregnancy are routinely told to sleep on their side, so the blood flow to their uterus is not cut off by their growing baby. This lateral position also may have other benefits, particularly when pregnant women sleep on their left.

Sleeping on one’s left side in pregnancy can reduce a woman’s chances of developing a serious medical disorder called supine hypotensive syndrome. It also keeps the pregnant uterus from pressing against the liver, preventing liver damage. It also appears to maximize blood flow to the growing fetus, giving it maximum oxygen and nutrients. For this reason, a growing number of obstetricians and other specialists recommend that pregnant women sleep on their left sides every night.

What is your preferred sleep position? Could it be time for a change? Although it can be hard to change a lifelong habit, the results may be worth it in this case. Lying on the left side while sleeping appears to have very real health benefits. From improving digestion to reducing your risk of Alzheimer’s disease, your sleep habits can have a e effect on your health in a variety of surprising ways.