While we know that diet and exercise are the primary factors in determining one’s risk of obesity, new research suggests that other external factors may also play a role. In particular, the artificial light given off by lamps, televisions and computer screens may increase a woman’s risk of becoming overweight or obese.

These findings may help explain why obesity rates in the United States have nearly tripled over the past 50 years, leading to nearly 70 percent of the population being overweight.

Can Artificial Light at Night Raise the Risk of Obesity for Women? 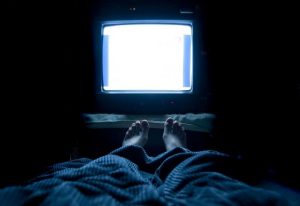 A new study on the effects of artificial light, which was conducted at the National Institutes of Health (NIH), examined the effects of environmental factors on the health of 43,722 women. The participants were asked to complete surveys detailing the women’s lifestyle habits. Included in the survey were questions about the women’s exposure to artificial light in the evening and late-night hours. Upon evaluating the questionnaires, the women were divided into four groups:

The information collected by the researchers at the start of the study also included vital statistics such as height, weight, waist circumference and hip measurements. Using previously recorded data, which was collected as a part of a sister study, the researchers also had access to the women’s height and weight for a time period spanning five to seven years.

Analyzing the information that was collected, the research team was able to find a correlation between increasing levels of light and worsening health conditions. Women sleeping with the highest level of artificial light exposure also exhibited higher body mass indexes. Their waist-to-hip ratios were also higher, indicating greater fat accumulation in the gut. The study also found that the women in this group slept fewer hours, ate less-healthy foods, and failed to get adequate physical activity.

Following up with the women, researchers found that excessive artificial light at night resulted in a 17-percent risk of gaining a minimum of five kilograms, or 11 pounds. When compared to women who did not sleep with any light, there was also a 13-percent higher chance of the women’s body mass index increasing by a 10-percent factor.

Dr. Yong-Moon Mark Park, who co-authored the study, notes that diet, exercise and sleep habits were accounted for in studying the effects of artificial light. He points out that, even after taking those factors out of the equation, the exposure to artificial light had a noteworthy impact on the women’s obesity risk.

Even after all of the technological developments we have made in our society, our bodies still rely on a natural cycle of light and dark to regulate biological functions. When our internal biological clock, or circadian rhythm, is disrupted, our risks of developing a disease is increased. Research has found that artificial light exposure at night can increase the risks of developing depression, type 2 diabetes, breast cancer and other medical conditions.

In addition to making it difficult to fall asleep, insufficient levels of melatonin harm the physical body. Melatonin acts as an antioxidant which helps keep the immune system healthy, reduces cholesterol levels and improves the functioning of several organs throughout the body. The adrenal glands, ovaries, testes, pancreas and thyroid are all affected by melatonin. 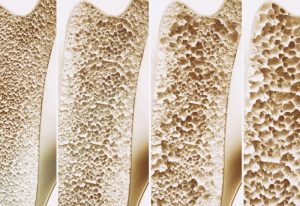 In another study, researchers examined the effects of bombarding laboratory mice with constant ambient light. They found that the circadian rhythm in the mice was inhibited by up to 70 percent as a result of the light exposure. They also found that the mice lost muscle mass over time, causing them to become noticeably weaker. Bone loss was also observed in the test mice. The most alarming discovery was that the mice exhibited increased inflammation similar to that which would develop as a result of pathogenic exposure.

The results of various studies into the effects of artificial light on health seem to indicate that our bodies still rely heavily on the cycle of light and dark for the healthy functioning of many bodily processes. Disrupting that cycle with artificial light does more than just affect our ability to sleep soundly through the night.