While getting enough quality sleep is essential, research has proven again and again that even if you are getting enough sleep, your health may still be at risk if you’re not going to bed until later in the evening. In fact, according to numerous studies, staying up late increases the risk of developing diabetes and other chronic health problems.

Recently, new research has revealed that “early birds,” or those who go to bed early and rise early, enjoy a lower breast cancer risk. This further confirms previous findings that staying up later at night increases health risks. 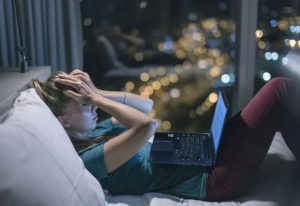 Numerous studies have corroborated the fact that going to bed late and waking up late may be hazardous to your health. In a South Korean study examining the health risks of a late sleep schedule, harmful health effects were evident even when subjects slept for eight consecutive hours.

In the study, 1,600 subjects were chosen, varying in ages from 47 to 59. After filling out a survey that asked about their sleeping patterns and habits, each subject was given a thorough medical evaluation. The research team, which was led by Dr. Nan Hee Kim, found that night owls faced higher risks of developing diabetes. They also exhibited less muscle mass on average.

Dr. Kim suggests that the reasons health risks are greater in night owls is because people who stay up late tend to engage in riskier behaviors. While they may sleep through the night, their quality of sleep may not be as good as those who turn in earlier. Additionally, staying up later creates more opportunities to smoke, consume alcohol and engage in unhealthy snacking.

Going to Bed Late May Shorten Your Lifespan

In another study conducted at Chicago’s Northwestern University, the hazardous health effects of being a night owl were further confirmed. This particular study, which examined the sleeping habits of 430,000 people over the course of over six years, found that night owls also have a higher chance of early mortality than those who go to bed earlier and rise earlier in the mornings.

This study found that in addition to the increased risk of developing type 2 diabetes, night owls are more likely to develop a number of physical and mental disorders. These increased health risks raised the likelihood that night owls would suffer an early death when compared to subjects who maintained earlier bedtimes.

Kristen Knutson, who authored the study, believes this can be attributed to the disruption of the biological clock, or circadian rhythm. This is the internal system that regulates appetite, sleep, wakefulness and dozens of other biological functions. The circadian rhythm relies on the light of day and the darkness of night to maintain a 24-hour cycle, but nontraditional sleeping habits disrupt this internal clock.

The simple answer may seem to be adjusting your schedule to comply with a more traditional sleep schedule. However, admitting that some people just don’t function well as early birds, Ms. Knutson suggests an easier alternative: By living a lifestyle that lets you sleep later hours and, accordingly, lets you work later hours, you may be able to make a healthier adjustment to your biological clock. Over time, your circadian rhythm may become better regulated, so health risks can be minimized. 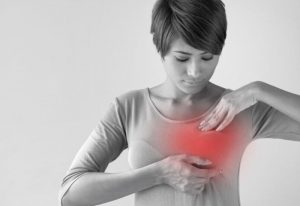 Researchers in a more recent study used data on 409,167 women to shed light on how sleeping patterns affected health. They found that women who regularly arose earlier in the mornings had a lower risk of developing breast cancer than women who stayed up later at night. While it was surprising to find that rising earlier in the mornings helped reduce breast cancer risk, the researchers also discovered that sleeping more than eight hours per cycle increased those risks.

The study found that the risks posed by staying up late or getting more than eight hours of sleep were less significant than those resulting from other behaviors that also raise the risks of developing breast cancer. For instance, smoking cigarettes, alcohol consumption and unhealthy diets raise cancer risks significantly more than unhealthy sleep patterns.

Specifically, the research project revealed that early risers had a risk of developing breast cancer that was less than one percent lower than the risk to those who were late risers. In simpler terms, this means that only 10 or fewer women would be positively affected by preferring early mornings to late evenings.

Using Mendelian randomization (MR) to chart cause and effect in their test subjects, the researchers found that the link between a higher propensity for breast cancer and unusual sleeping patterns does exist. This shouldn’t be taken as evidence that adjusting sleep patterns can significantly affect the development of breast cancer, however. Instead, the lead author of the study suggests these findings are of interest to researchers because they provide motivation for continuing research into sleep, health and the circadian rhythm. In time, this line of research may help determine what role our biological clocks play in maintaining better health.

Prevention is the Key

Breast cancer affects both men and women, although it is more common in women. It’s a type of cancer that develops first in the breast tissue, but it can spread to other parts of the body if it’s left untreated. The latest survey, conducted by the National Cancer Institute (NCI) in 2016, found that there were 3.5 million women with diagnosed breast cancer in the United States. The organization also reports that more than 13 percent of U.S. females will be diagnosed with breast cancer within their lifetimes. For this reason, research into the causal factors of this type of cancer is of special interest. While some factors can’t be altered, other behaviors can be adjusted. In determining which traits and behaviors can affect the development of breast cancer, the number of diagnosed women may be reduced in the future.