Every person has a natural chronotype — an internal schedule that determines when they are most naturally likely to fall asleep and awaken. Although there are as many chronotypes as there are people, most of us fall into one of two broad categories: morning larks or night owls. According to new research on night owl health risks, the latter of these two chronotypes may be at high risk of a variety of health disorders. What is a night owl to do? Scientists suggest that, although it can be difficult, there are ways to change your natural internal clocks.

Are You a Night Owl? 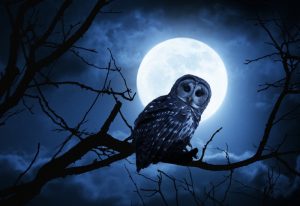 Some people hop out of bed at the crack of dawn. Others naturally tend to stay up late and have trouble getting up until the sun is high in the sky. Although we have classically viewed night owls as lazy, research suggests that this is a natural biological difference. Some people simply have a delayed sleep phase, which means they do not produce melatonin until several hours after the sun sets.

There are benefits to being a night owl. These people perform better in the evening, which can be important in health care and other 24/7 careers. Night owls also appear to have better stamina, performing better on cognitive tests after a long day. However, being a night owl can interfere with your life in a variety of ways. Most schools and workplaces require attendance early in the morning, often leaving night owls sleep deprived.

In addition, several recent studies have indicated that there are health risks to being a night owl. People who naturally are wakeful at night are more likely to develop diabetes and other chronic illnesses. In addition, they are ten percent more likely to die an early death. However, until recently these results were based on small studies that failed to account for other factors, such as shift work. A new study, however, suggests that being a natural night person may be even more dangerous than we previously realized.

According to a new study, the main dangers of being a night owl are related to lifestyle effects, particularly in the area of nutrition. Night owls tend to also have eating habits that can be disastrous both for your waistline and for your long-term metabolic health. These habits include:

As a result, people with later chronotypes are at a higher risk of heart disease and diabetes. In addition, night owls with type 2 diabetes are likely to have poor control of their blood sugar, which is a major risk factor for complications such as nerve damage and stroke.

Why do night owls have such different eating habits? Researchers note that they are forced to live on a schedule that does not compliment their natural sleep patterns, a condition known as social jet lag. Thus they may have to wake up at six but not feel hungry until much later in the morning. By that time, they have had low blood sugar for hours and are more likely to choose high sugar foods. This can set them up for a day of wide swings in blood sugar, leading to other poor dietary choices.

It is hard to tease out exactly which risk factors are due to inherent differences in night owls and which are due to differences in the daily choices they make. Regardless, people who naturally stay up late and wake even later appear to have a higher risk of future chronic illness.

Mitigating the Risks of Your Chronotype 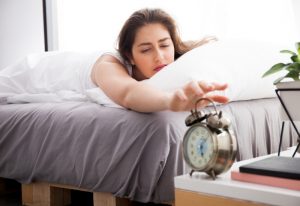 There certainly seem to be health risks associated with being a night owl. However, there are ways that natural night owls can change their habits to reduce their risk of future illness. Although the social jet lag associated with being a night owl encourages poor eating habits, it is often possible to make better food choices with careful planning. For instance, night owls can pack a healthy, high-protein breakfast the night before to ensure that they don’t reach for donuts late in the morning when ravenous hunger sets in.

In addition, people of all chronotypes will benefit from eating less fast food and more vegetables and whole grains. Practice keeping a stable bedtime and waking time, even if it isn’t your personal ideal. Although social jet lag may be unavoidable for night owls and even extreme early birds, we can still choose to lead a healthy life. The small decisions that we make at every meal will add up to determine our odds of being healthy or sick in years to come.