Researchers have connected excessive daytime sleepiness to a variety of diseases and health conditions, some quite serious. Sleepiness during the daytime is considered excessive when it happens almost every day for at least three months.

There are numerous causes for feeling sleepy during the day, including simply not getting enough sleep. However, when daytime sleepiness becomes chronic, there can be real, long-term health implications. Excessive sleepiness during daylight hours may even, according to researchers, serve as a predictor of Alzheimer’s, cardiovascular disease and cancer. 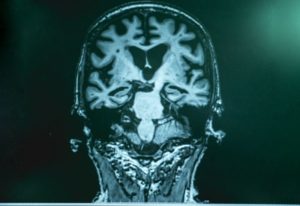 According to study results published in the peer-reviewed Journal of the American Medical Association, excessive sleepiness during the day in the elderly may signal a higher risk of developing Alzheimer’s. This is because excessive sleepiness during the day is associated with increased beta-amyloid in the brain; an excess of this substance is typically found in the brains of Alzheimer’s patients.

Insufficient sleep and poor quality sleep, in which the sleep phases are not fully achieved, may be a contributing factor to both feeling sleepy during the day and the accumulation of beta-amyloid in the brain. Studies indicate that during sleep, beta-amyloid and other potential toxins are cleared from the brain.

Excess tau protein accumulation is also associated with Alzheimer’s. A study conducted by University of California, San Francisco (UCSF) researchers found significant deterioration in the parts of the brain that serve to maintain daytime wakefulness in patients with Alzheimer’s. These brain regions are the locus coeruleus, the lateral hypothalamic area and the tuberomammillary nucleus. The researchers found an excessive accumulation of tau and significant brain cell death; in fact, fully three quarters of the neurons in these brain areas were gone.

Studies have shown that high levels of both beta-amyloid and tau are linked to insufficient amounts of deep sleep. That has led some researchers to theorize that routinely getting enough good quality sleep on a nightly basis can help to reduce the risk of Alzheimer’s via the cleansing of excess beta-amyloid and tau during the deep, restorative phases of sleep. While poor sleep certainly isn’t the only factor involved in developing this disease, with a disease as devastating as Alzheimer’s, it just makes sense to reduce as many potential risk factors as possible.

A recent study conducted by Mayo Clinic researchers has linked regular sleepiness during the daytime to shortening of telomeres, the protective coverings at the ends of chromosomes that help to preserve their function by protecting them from damage. According to the study, presented at the American Physiological Society’s (APS) annual meeting at Experimental Biology 2021, not only do people with sleep apnea have shorter telomeres than people without sleep apnea, but people who experience excessive sleepiness in the daytime also have shorter telomeres than those who are not sleepy during the day. 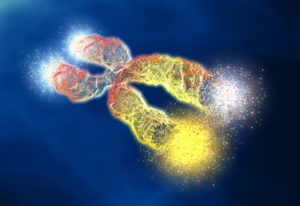 Clinical research continues to increase the expanding body of evidence connecting sleep to health. These connections go far deeper than was once understood, impacting the very mechanics of how the body operates to preserve health and well-being. Neglecting your sleep doesn’t just impact how you feel today, it can have serious long-term consequences for your health, increasing your risk of developing serious, quality-of-life-impacting diseases and can play a role in influencing overall longevity. Protect your health – and your telomeres – over the long-term by reordering your priorities today to make sure that you are getting enough quality sleep on a daily basis.