The relationship between sleep and neurodegenerative disease is complex. On one hand, it appears that insomnia and other sleep disorders are correlated with an increased risk of Alzheimer’s disease and other serious illnesses. On the other hand, Alzheimer’s and similar diseases can actually cause sleep disturbances.

Until recently, researchers have mainly viewed this as a “chicken and egg” situation. We are not sure if sleep disorders can cause neurodegenerative disease, or if early and unidentified disease is causing the symptoms of sleep disturbance. However, a new study is shedding light on the relationship and causality between dementia and sleep. 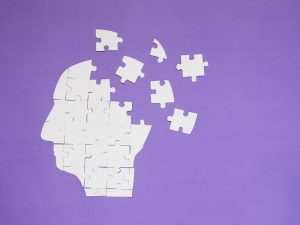 Most people are familiar with the symptoms of Alzheimer’s disease. The disease is so common that we all know someone who has suffered from this devastating illness. People begin to experience forgetfulness and cognitive changes. Over time, the disease progresses to loss of a normal circadian rhythm, changes in personality, and an inability to care for oneself completely. The truly heartbreaking part of this disorder is that people often lose the ability to interact with or even recognize their family and loved ones.

Although most of us can recognize the symptoms, the pathophysiology of this disease is less well known in the general public. Amyloid is a protein that is a natural byproduct of several metabolic processes in the brain. For some reason, this protein begins to build up gradually in people with Alzheimer’s disease. Over time, amyloid plaques and neurofibrillary tangles accumulate in delicate brain tissue and gradually decrease the ability of the neurons to work effectively. This causes the loss of function we associate with this disease as well as the eventual death from it.

Anything that increases amyloid plaques and other underlying causes of Alzheimer’s disease is clearly suspect as an underlying cause of this and other neurodegenerative diseases. According to a new study, daytime sleepiness may be a causative factor.

Could Daytime Sleepiness Increase Your Risk?

Could sleepiness during the day increase the risk of Alzheimer’s disease? Researchers at the Mayo Clinic performed a study to look at this issue. They took a group of healthy elderly Minnesota adults who did not have dementia and asked them about sleep as well as other lifestyle factors. Researchers then followed this group of people over time, measuring both the amounts of amyloid in their brain as well as their level of wakefulness and sleepiness during the day.

People who were sleepier during the day had more of an increase in amyloid protein in their brains over the course of the study. In fact, the level of sleepiness during waking hours appears to actually predict the amount of amyloid protein. This is significant because this protein can easily become the plaques and tangles that cause Alzheimer’s disease.

This is not the first study to find a link between sleep disturbances and neurodegenerative disease. However, it is the first major research to be performed looking at healthy adults over this long of a period of time. Similar studies have been performed on rats and other laboratory animals with similar results. In addition, other studies have linked daytime sleeping to cognitive changes and other symptoms associated with dementia. 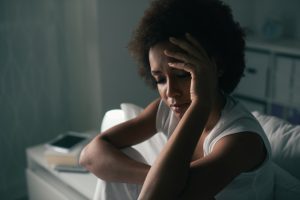 Sleep disturbances are one of the most common complaints in people with dementia. The circadian rhythm in patients with these diseases, such as Alzheimer’s disease, becomes gradually more dysregulated. Many people stop sleeping for more than a few hours at a time. In addition, they are often awake at odd hours, such as in the early morning or very late at night. This behavior, called “sundowning,” can be a challenge for caregivers who need sleep at normal hours.

Because there is no cure for Alzheimer’s disease, prevention, screening, and early treatment are key to reducing the devastating effects. Treating sleepiness with common sense natural treatments may help to reduce risk of this disease or delay the onset of symptoms.

Keeping Your Circadian Rhythm on Track

Sleeping at night and being fully awake during the days, appears to be one of the most important things you can do for your health, both now and over your lifetime. Daytime sleeping is not just a long term health risk, but a short term one. In fact, this behavior has been linked to cognitive impairments, an increase in accidents, and a variety of unpleasant short term effects.

In many cases, this can be treated by merely getting your circadian rhythm on track. Getting enough sleep, both quality and quantity, can help you to stay awake during the day without a struggle. Falling asleep and waking at the same time every day (even on weekends) can reduce sleepiness as well. Last, exposing yourself to bright sunlight during the day but staying in relative darkness at night can help your body to understand whether it is time for wakefulness or sleeping.

Many people love to take a daytime nap. However, this may be a risk factor for very serious diseases. If you find that you are often sleepy during the day, it may be time for lifestyle changes. These will not only make you healthier and happier throughout your days, but also reduce your risk of dementia and other serious illness.