Chronobiology is becoming increasingly important in the medical and scientific communities in terms of deepening the understanding of disease processes and overall health. Researchers are learning more about the influence of biological rhythms on medical outcomes in a wide range of settings, including animal research.

While animal studies do play an important role in medical research and treatment development, the results of such studies are not always able to be replicated in human studies. New information suggests that not considering time of day in animal studies may be a factor in why some animal study results don’t translate into successful human studies.

Why Time of Day in Animal Studies is Important 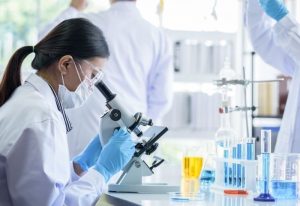 However, there are also much subtler factors that can influence the degree to which information garnered from animal studies is able to be utilized for human studies or treatment development. Time of day and its relationship to the circadian rhythm falls into this category.

Study Shows Importance of Time of Day in Animal Studies

Thus, as explained by West Virginia University researchers, time of day is an important factor to consider when seeking to interpret data from animal studies and when seeking to translate animal studies to successful and safe human studies. Yet, according to their study, recently published in Neuroscience and Behavioral Reviews, time of day is not often given near the consideration it merits.

Led by Randy Nelson, who holds leadership positions in both the Rockefeller Neuroscience Institute and the School of Medicine’s Department of Neuroscience, the researchers reviewed 25 highly cited behavioral studies using rodents as subjects. Despite rodents being nocturnal creatures, just 20 percent of the testing was specifically reported as taking place at night. About 42 percent of the studies made no mention of time of day for their testing. In explaining how time of day could impact rodent performance, Nelson used the example of waking up humans in the middle of the night and expecting to get accurate results when testing complex physical or cognitive processes.

However, time of day impacts more than behavior or cognitive function. Biological rhythms mean that cells and systems within the body are doing different tasks at different times of the day. In humans, for example, tissue repair, growth and immune memory functions take place at night, during sleep. Not considering the time of day and how that can impact the results in animal testing can lead to inaccurate results that may not be able to be replicated by other researchers and may reduce the usefulness of the results when it comes to to species operating on a different time mode, such as between nocturnal and diurnal mammals.

Animal research is an important part of human medical research. However, it does have its limitations. According to one study, just 37 percent of the animal studies published in top tier medical and science journals were able to be replicated in humans. While some of those limitations, such as differences in the way drugs are processed, can be difficult to overcome, there are study impacting factors that we can gain greater control of by utilizing new knowledge, such as that made available via chronobiology studies. Time of day offers a perfect example of that. 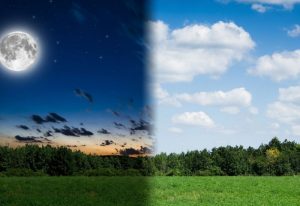 When considering time of day in animal testing, part of that includes understanding and working with biological rhythms. Test result accuracy may be enhanced by lab conditions that support circadian rhythms instead of adding to the stress of the animals by disrupting their sleep and, thus, their circadian rhythms. Smarter, more accurate animal research is better for the animals and better, in the long run, for people.

In light of the difficulties and limitations of translating animal research results into successful human testing results, as well as concern for the well-being of the animals themselves, medical science is developing and utilizing alternatives to animal testing. These include in vitro testing, growing and using human tissue cells and utilizing computer models. As these methods and technologies continue to develop and improve, the medical and scientific communities will be able to reduce animal testing and, hopefully, produce more accurate results for human use.