While it’s important to get seven to eight hours of sleep each night, it’s equally important to ensure you’re getting good quality sleep. This can be more complicated than it seems, because even though you might think you slept soundly through the night, you may have actually experienced sleep disruption in the form of unconscious wakefulness. New evidence finds that disrupted sleep in the form of unconscious wakefulness increases risk of death, particularly among women. This risk can be minimized by practicing good sleep hygiene.

The Dangers of Unconscious Wakefulness 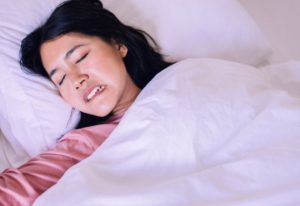 Although unconscious wakefulness does disrupt sleep, more often than not, one does not become fully conscious and aware of the environment when in this state. However, sometimes unconscious wakefulness does result in full awakening, which can create a challenge when trying to get back to sleep. It may take just a few seconds to fall back to sleep, or it may take several minutes or up to a few hours to become relaxed enough to resume peaceful slumber.

Even in cases where unconscious wakefulness doesn’t cause full awakening, periods of interrupted sleep can rob you of several hours of restorative sleep. As a result, you may awaken feeling drained and moody. Disrupted sleep can also result in many of the same effects as insomnia, including a loss of mental clarity, memory problems, depression and an inability to concentrate.

New research has uncovered an even more important health concern related to interrupted sleep that should be acknowledged. Researchers determined that disrupted sleep increases risk of death when disruptions occur frequently throughout the night.

The study, which was conducted at Australia’s University of Adelaide, involved examining data collected from sleep monitors on both male and female participants ranging in age from 64 to 83. Researchers followed up with each participant at six- and 11-year intervals. In the study, each participants’ arousal burden was recorded; a percentage that represents the number of sleep disruptions/instances of unconscious wakefulness and their duration in a given night.

Results revealed that people with an arousal burden of 6.5 percent or more had an increased risk of dying from cardiovascular disease. That number rose to 12.8 percent for the women in the study. When compared to women in the general public, women suffering from periods of interrupted sleep had nearly double the risk of cardiovascular-related death.

Cardiovascular fatalities aren’t the only risks that people who suffer from disrupted sleep face. Some of the short-term effects of disrupted sleep include increased stress levels, more somatic pain, cognitive and memory problems and decreased productivity. The long-term results of ongoing sleep disruptions include high blood pressure, high cholesterol, metabolic syndrome, obesity, type 2 diabetes and colorectal cancer. Additionally, individuals suffering from frequent sleep disturbances face a higher risk for developing or worsening gastrointestinal disorders. In general, the quality of life for someone who suffers from interrupted sleep will degrade over time.

How Can You Sleep Better Throughout the Night?

Follow these simple tips and you will be well on your way to a better night’s sleep.

If you’re not sleeping well through the night, the first thing you should look at is the comfort of your bedding. If you have an older mattress, it may be time to replace it. Additionally, replace old or scratchy sheets, blankets and comforters with more soothing materials. Many people find that silk or satin is more enjoyable, and helps them sleep better. Your bedding is the one area in your home where you should feel encouraged to spoil yourself.

There are many things people do that cause them to feel stimulated in the evenings when they should be focusing more on relaxation. For example, you should stop drinking coffee and other caffeinated beverages at least six hours before going o bed. Additionally, turn your mobile device off one hour before bed to give your brain a break from disruptive blue light. It’s also wise to avoid work-related activities in the evening. Merely thinking about work can cause you to feel more stress, which can adversely affect sleep. 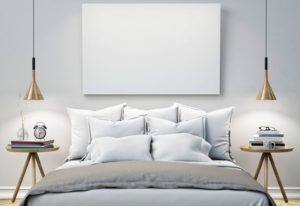 You should also take steps to eliminate external forces that could cause you to experience sleep disruptions. You can sleep better throughout the night in a cooler environment, so keep your thermostat set at 70 degrees Fahrenheit. If you live in an area in which there’s a considerable amount of noise, such as traffic or police sirens, try wearing earplugs to bed. A sleep mask will also help by keeping sudden flashes of light from awakening you in the night.

The last hour before you go to bed should be spent doing something relaxing. Try choosing an activity or hobby that you enjoy to ensure it will really be relaxing. For example, if you don’t enjoy meditation, forcing yourself to do it will only cause you more stress or anxiety. Instead, take a warm bath, read a book or write in your journal. You can enhance these activities by adding soothing music or scented candles.

If you try these methods and still can’t sleep through the night, consult your doctor. Your sleep disturbances may be a symptom of something else. Your doctor can help you find the cause, and he may be able to recommend a supplement like melatonin to help you relax at night.