Although irregular eating patterns are common, especially on the weekend, new research has found that diverting from a regular weekly eating schedule (termed “eating jet lag”) can be physiologically disruptive and even contribute to a greater BMI and obesity risk.

This is just one more way in which meal timing has been found to affect the circadian rhythm and overall health.

Meal Timing and the Circadian Rhythm 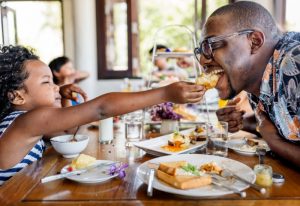 Most people have a meal schedule that is based around their workday. This involves eating breakfast shortly before beginning work, eating lunch at an allotted time and consuming dinner after the workday is over.

However, the weekend can throw a wrench in these plans. Many of us rise later on the weekend, a practice that has been shown to be destructive to our circadian rhythms. We then proceed to eat our meals at later times throughout the day.

This phenomenon is known as “eating jet lag” because our mealtimes are shifted to later time slots than our bodies are used to. Could this common weekend pattern be affecting our health?

A recent study looked at this behavior and its effect on health risk. Researchers found that 64 percent of people eat their first meal of the day at least one hour later on weekends than on weekdays. More than one-fifth eat more than two hours later.

While this is normal, it may not be healthy. People who had a meal time difference of 3.5 or more hours between weekdays and weekends had a higher average BMI and were more likely to be overweight or obese than people who ate at roughly the same times every day of the week.

Most people know it’s best to go to sleep and wake at roughly the same time every day. However, few realize that it is important to keep similar consistency in timing meals, regardless of whether you are working. This allows your body to release hormones at times when they will be useful, ensuring that you have maximum efficiency in your digestion and metabolism.

In addition, eating is an important cue to your circadian rhythm. If you are eating at different times every day, your circadian rhythm may be getting mixed messages about the time. It is important to eat at roughly the same time every day so your body can predict the time of day. In addition, you should consider eating according to your chronotype.

Eating With Your Chronotype

All of us have a chronotype, or natural internal schedule. Some people are morning larks, the early birds who get the proverbial worm, while others are night owls. Your chronotype is determined by a complex mix of genetics and lifestyle factors that converge to create a unique natural internal schedule. For example, people who are morning larks will naturally eat earlier than later chronotypes.

No matter what your chronotype, it’s important to keep the same eating schedule regardless of whether it is a workday or a weekend. Failure to eat with your natural rhythm can have very serious effects.

People who do not eat with their chronotype tend to choose less healthy foods and are at a higher risk of being overweight. In addition, they can suffer from disorders of the circadian rhythm as their internal clocks suffer from confusing external cues.

What Rhythm Is Best For You? 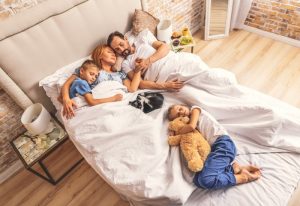 You probably already know whether you are naturally a morning or evening person. However, eating according to your internal schedule can be a challenge as most people do not have flexibility with their work schedules to allow this. Even if you cannot live according to your chronotype, you can adjust your eating habits to help you to achieve maximum health.

If you are a morning lark, eat breakfast early in the morning and avoid eating late at night. This will time your eating so you are in natural harmony with your internal clocks. Night owls, on the other hand, may not be able to rise as late as their internal clocks prefer. Nonetheless, this chronotype should eat later in the morning, perhaps waiting even until lunch for their first major meal. This allows your body to fully wake up before you introduce the challenges of food and digestion.

Although modern life can make it challenging to eat with your chronotype and keep stable, unchanging mealtimes, these are important steps for your whole body health. Research suggests that these simple measures could make a huge difference in both your weight and your lifelong health.