The term junk DNA has been in use for decades, despite the growing realization that the phrase is a misnomer. After all, junk carries a connotation of uselessness, when it may be more accurate to say science doesn’t yet know the various functions of this DNA category.

In a recently published study conducted by Keck School of Medicine of the University of Southern California (USC), researchers discovered that so-called junk DNA helps regulate circadian rhythm, offering new insight on how this little-understood type of DNA can have a real impact on overall health and well-being.

What Is Junk DNA? 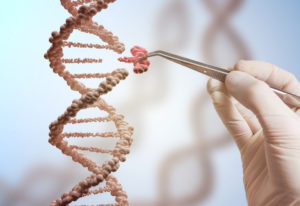 While studying DNA mutation, geneticist Susumu Ohno coined the term junk DNA in 1972. He used the phrase as a means of describing additional or incomplete copies of genes found within DNA sequences. Some theories consider these sections of DNA to be vestiges of the evolutionary process and without true function in the modern human. The usage of the term within the science community expanded to encompass sequences of human DNA that do not produce proteins and seem, within the framework of current knowledge, to have no obvious biological purpose.

However, as scientists learned more about human DNA, it became apparent that some of the so-called junk DNA has an important role in regulating gene expression and a variety of other biological functions, including the binding of regulatory proteins. Indeed, as the body of knowledge expands regarding this category of DNA, some scientists believe it’s time to set the junk DNA term aside. With their recent study, Keck School of Medicine researchers have been able to make an important contribution to better understanding the role of this category of DNA.

As explained by Keck School of Medicine Provost Professor of neurology, biomedical engineering and quantitative computational biology Steve Kay, there are approximately 110 to 120 micro RNAS (miRNAs) that help to regulate the overall circadian rhythm via their action on cellular level circadian clocks. Categorized in the past as junk DNA, miRNAs are non-coding nucleotides.

According to the researchers, small chains of these miRNAs create a network of sorts, forming what they described as a genome-wide regulatory system. These smaller biological clocks are part of the much larger regulatory system overseen and synchronized by a master clock in the brain, operating as the foundation of the overall circadian rhythm.

The body is a very complex system in which countless chemical reactions occur every day. Body clocks, or biological clocks, are found in almost every organ and tissue within the body, organizing the timing of their functions over a 24 hour period.

Even on a cellular level, there are biological clocks operating on a circadian, or approximately 24-hour, cycle. Disruption of these biological clocks may contribute to a variety of diseases and chronic disorders, which is why scientists are seeking to deepen their understanding of these fundamental regulatory systems.

The Circadian Rhythm and Health

Potential For Disease Treatment And Prevention 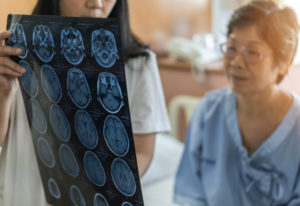 The Keck School of Medicine researchers were surprised by the extent to which what has been considered junk DNA helps regulate circadian rhythm on a cellular level, and encouraged by the promise this discovery holds. Understanding how miRNAs impact the body clock of lung tissue, for example, may yield more effective treatments for asthma and other chronic lung conditions. More in-depth knowledge about how miRNAs influence the body clock in brain tissue could lead to the prevention of ailments such as Alzheimer’s disease. Provost professor Kay pointed to the many medical potentials of learning more about the mechanics of how circadian rhythms operate in the various types of human tissue.