How Sleep Changes as You Age

Most of us are intuitively aware of the fact that sleep changes as we age. After all, very few of us are “sleeping like a baby” anymore, and it’s hard not to notice that Grandpa nods off more often during family gatherings. While some changes in sleep patterns are normal as you age, some are not. In addition, it’s helpful to know that all sleep-related changes can be mitigated to ensure that the elderly people in your life are getting the rest that they need for optimal health.

Natural Ways That Sleep Changes as You Age 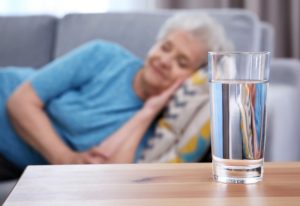 When we are born, we sleep 16 to 20 hours a day. This gradually decreases until adulthood, when we sleep an average of seven to nine hours per night. Adulthood is not the end of sleep changes but rather just the beginning. As we age, the amount of time that we sleep gradually decreases. In addition, there are other changes in our sleep patterns.

The number of hours that we sleep in a block also changes as we grow older. When we are young or middle-aged adults, we sleep mainly in one large block at night. Older adults, on the other hand, often lose the ability to stay asleep for long blocks of time. Instead, many begin sleeping less at night and taking a nap to catch up later in the day.

Last, there are changes in our actual sleep patterns as we grow older. When we sleep, we cycle through different stages of sleep. Slow-wave sleep is the deepest and most restful part of the night for most people. Although we spend a great deal of time in slow-wave sleep as children and as young adults, older people spend longer periods of time in lighter sleep. As a result, they often wake up more often at night.

The Results of Age-Related Sleep Changes

Although some sleep changes are normal as we age, they can still have a variety of effects on both our health and our daily life. Many elders are trying to avoid daytime napping, clinging to the sleep habits of years gone by, which can lead to being even more tired. In addition, many elderly people make less melatonin, which functions not just as a sleep hormone but as a powerful antioxidant. The result is that some elderly people may be at a higher risk of certain diseases.

Last, the sleep changes that occur as we age can cause elderly people to feel more depressed. Another negative effect is a potential increase in accidents and falls. Although some sleep changes are normal as we age, there is a point where these changes can be abnormal and even harmful. But how can we tell where that point lies?

When Do Normal Sleep Changes Become an Issue?

Although some changes in sleeping habits are normal, they become abnormal when they interfere with an elderly person’s health and well-being. For instance, it is normal for elderly people to sleep less as they get older. However, they should still get enough sleep that they wake up feeling rested and energetic.

In addition, sleep changes can be considered abnormal if they are contributing to falls and other accidents. Falls can have a huge impact on an older person’s health as well as their ability to care for themselves.

When an elderly person begins to have sleep changes that impact their life negatively, it is important to rule out the things that most commonly cause insomnia in the aged. For example, there are many medications that cause unhealthy sleep changes in older adults. In addition, there are often simple changes that can be made to support good sleep. Several studies have found that elderly people benefit from having special lights to help support good sleep and a better mood.

Supporting Good Sleep for a Lifetime 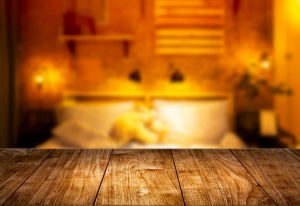 Although getting enough sleep can be difficult as we get older, there are ways to support a healthy circadian rhythm at any age. You can try one or all of the following tips:

Our sleeping habits may change as we grow older. However, this does not mean that we have to go without the rest that we need. Getting enough sleep is essential to a long and healthy life, especially in our senior years.