While many elements of modern life have a negative impact on the circadian rhythm and the sleep-wake cycle, one of the most harmful is decreased exposure to sunlight. Now that the majority of humans are living urban lives in relatively modern settings, most of us don’t spend nearly as much time outside as did our more agrarian ancestors. This has an impact on the sleep-wake cycle, sleep quality, cognitive performance, mental well-being, physical health and the circadian rhythm. However, new research shows that sufficient indoor exposure to daylight improves sleep, cognitive performance and mental health.

Light and the Circadian Rhythm 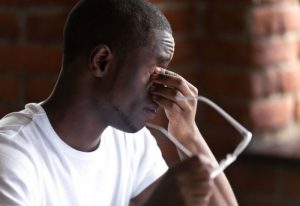 Sleep timing and quality are linked to circadian rhythm function and health. The circadian rhythm is the approximately 24-hour cycle of light and dark that all life on Earth has evolved to. This rhythm is a fundamental part of us, regulating countless processes within the body all the way down to the actions of individual cells.

Light is the strongest environmental cue for the circadian rhythm. During the day, outside light can range between 25,000 lux to 100,000 lux, depending on the time of day and whether or not one is in direct sunlight. That is a far cry from the mere 500 lux that is typical inside the average office. Now that urbanization has increased the percentage of the population engaged in indoor work, many people spend most of their time inside at work, school or home, significantly reducing their daylight exposure. Even children spend less time outside today, playing outdoors far less than previous generations of children did.

Light – the bright light of day and the waning light of late afternoon and evening – impacts many processes within the body. Through its impact on the circadian rhythm, daylight helps influence the timing of hormone production, such as the timing of the after dark production of melatonin, a hormone that plays a major role in sleep timing and quality. Daylight exposure, as opposed to the far dimmer inside lighting, promotes better circadian rhythm alignment, which translates into better sleep timing and better sleep quality potential.

According to the results of a new study, published in the International Journal of Environmental Research and Public Health, even exposure to sunlight through windows can have a positive impact on sleep and help improve cognitive performance and mental health. The setting of the study was an office work environment and included 30 participants. These participants spent five days in an office setting with westward facing windows that were partially covered with the standard sort of roller shades.

The group also spent five days in an office setting that was exactly the same as the other office setting except for the windows. Instead of shades, the windows had electrochromic glass. This type of glass is designed to produce what the U.S. Department of Energy’s Office of Energy Efficiency and Renewable Energy described as a variable tint. That tint, which changes throughout the day as needed, reduces glare and heat gain without shutting out sunlight to the same degree that shades and other barriers do.

The researchers found that when the study participants were in the office with the electrochromic glass, which allowed for more daylight exposure than the shaded windows in the other office, they experienced a variety of benefits. Participants were 77 percent less likely to say they felt depressed. With more daylight exposure, they had higher levels of concentration, lower levels of stress and decreased eye strain. The reduced eye strain, according to the researchers, was also related to the better view they enjoyed, which allowed for periodic eye rest during occasional distance gazing throughout the day.

In another study utilizing the electrochromic glass, researchers found similar positive results. Done by the Light and Health Research Center at the Icahn School of Medicine at Mount Sinai, this study focused on people at home rather than at work. The researchers compared two groups, one of which used blinds during the day and the other using the electrochromic glass. 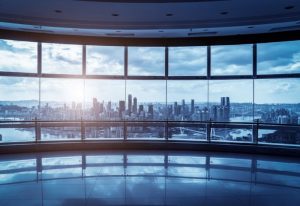 According to the results, those using blinds had delayed melatonin production and later sleep times than those getting the increased daylight offered by the electrochromic glass. Those with greater sunlight exposure experienced better sleep quality, had more energy during the day and reported 11 percent less anxiety and 9 percent less stress. Interestingly, this study also accorded benefit to having a good view.

Even if you are trapped inside most of the day, you can still leverage the benefits of understanding how daylight improves sleep, cognitive function and overall health. Increase your daylight exposure by sitting and working near windows as much as possible.