Dietary fads seem to come and go with the seasons. Fasting, particularly intermittent fasting, seems to be here to stay. A growing number of people are achieving weight loss and other health goals using this simple method of eating. According to new research, this may be due to the way intermittent fasting affects circadian rhythm. Could this style of eating be right for you? 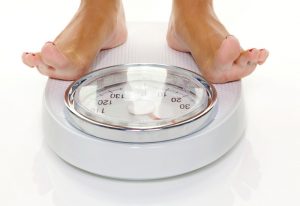 Fasting is one of the world’s oldest practices, used both for health and religious reasons over several millennia. Ascetics routinely gave up food and even water for days in search of meaningful change and insight. Intermittent fasting is slightly different from traditional fasting because people give up calories for shorter, well-defined periods of time. In the most popular type of intermittent fasting, users fast for 16 hours of the day and eat for the remaining eight.

The benefits of this style of eating are many, which is why it is steadily growing in popularity. People often lose dramatic amounts of weight, even when eating similar amounts of calories. Many people have seen their blood pressure and cholesterol lowered to safe and healthy levels. People with type 2 diabetes and other metabolic diseases also appear to have benefits. Even people who are otherwise healthy report positive health effects, such as increased energy, better sleep and improved digestive health.

How can simply changing the times when you eat have such dramatic health benefits? According to new research, the secret lies in the effects of intermittent fasting on the body’s internal clocks.

Our diet, especially the times when we eat, can affect our circadian rhythm in a variety of ways. Food stimulates insulin production, which in turn can activate different genes linked to internal clocks. In addition, eating stimulates our internal microbiome, the bacteria that live in our digestive tracts. These bacteria in turn release hormones and other biochemicals that can stimulate wakefulness or sleepiness.

According to new research, intermittent fasting may affect health and circadian clocks in more dramatic and previously unknown ways. Researchers looked at how periods of fasting affected mice.

Muscle cells have two different modes to acquire energy. When glucose from food is readily available, insulin “unlocks” cell receptors so it can flood into muscle cells and power their activities. When glucose is in short supply, the liver produces ketones from fatty acids, which are then used to fuel muscle. Producing ketones causes a distinct shift in the metabolism of cells throughout the human body. Its effects on the circadian rhythm are particularly dramatic.

Mice who underwent intermittent fasting had larger oscillations in the activity of the genes that govern circadian rhythm. This means that they were biochemically primed to sleep better during their sleeping periods and were more wakeful during the day. Researchers believe that this is due to the effects of ketones on certain circadian genes. Regardless of the cause, it is apparent that intermittent fasting can lead to a stronger and more rhythmic circadian rhythm. 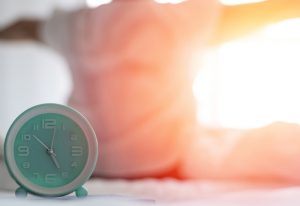 This study offers new information on how intermittent fasting can have such dramatic effects on weight and health. Having a dysregulated circadian rhythm is a risk factor for major diseases, including heart disease and diabetes. It also can contribute to fatigue and a wide variety of unpleasant daily symptoms. Everyone prefers to feel sleepy at night and alert during the day, which requires having properly functioning internal clocks.

However, keeping a healthy circadian rhythm can be difficult in the modern world. Many people work odd hours or have commitments that keep them from sleep. Screens and ambient light are almost ubiquitous, which can affect our ability to make the important sleep hormone melatonin. Although we all want to have the benefits of a well-regulated circadian rhythm, it can be difficult to maintain.

Is Intermittent Fasting Right for You?

Intermittent fasting appears to have dramatic health effects, including an impact on our internal clocks. However, this does not mean it is right for everyone. Fasting can very difficult in the beginning, before your body becomes used to eating on a different schedule. In addition, you should talk to your doctor if you have any health issues, as fasting may require medical supervision initially for some people. Although intermittent fasting can be challenging in the beginning, it appears to have whole body health effects that can make it more than worth the effort.