An intriguing new study published in Molecular Biology showed that intermittent fasting improves memory — especially long-term memory retention. Conducted on mice at King’s College London by researchers in the Institute of Psychiatry, Psychology and Neuroscience, the study also noted that intermittent fasting was associated with the development of new adult hippocampal neurons.

Researchers theorize that this new adult hippocampal neuron development may help slow age-related cognitive decline. Intermittent fasting, described by some as a biohack and by others as a meal-timing strategy that works with our evolutionary codes, offers a variety of important health benefits. 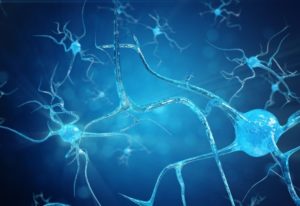 The King’s College researchers conducted a three-month-long study utilizing three groups of female mice. The control group was fed according to normal dietary standards for mice. A second group was fed a calorie restricted diet (10 percent less than the normal diet mice ate) on a daily basis. The third group also ate 10 percent less than the mice on the normal diet, but they were intermittently fasted, eating every other day.

According to the results of that study, intermittent fasting improves memory in mice. Of the three groups of mice, those that were on the intermittent fasting diet showed measurable improvement in long-term memory retention. Researchers attribute this to the fasting serving as a mechanism to encourage increased Klotho gene expression. Interestingly, this gene is nicknamed the “longevity gene” — however, in this context, as explained by the King’s College researchers, the Klotho gene is associated with the production of hippocampal adult-born new neurons, also referred to as neurogenesis.

This hippocampal neurogenesis process is important because because adult-born hippocampal neurons are an essential part of the brain’s ability to form memories. Thus, supporting that process with intermittent fasting helps to improve memory via the actual physical and structural processes involved in memory creation. As we age, the production of this type of neuron slows. The researchers link age-related cognitive decline in part to this reduced production, theorizing that a targeted meal timing strategy that incorporates planned intermittent fasting may be able to help slow this type of cognitive decline.

When You Eat Matters

Most people understand that what you eat is important to your overall physical health and mental well-being. However, fewer people recognize that when you eat can also have a significant impact on physical and mental health. The timing of meals can impact the risk of developing a number of diseases and chronic health conditions, especially those related to metabolic system function or dysfunction, such as diabetes and obesity, both of which are also associated with a greater risk of cardiovascular disease.

Fasting is a part of human evolutionary history. Sometimes it was circumstantial, related to the degree to which food was or was not available. Intentional fasting, such as for spiritual and religious reasons, is also a part of the human experience. Only for a comparatively brief period of time have humans had the sort of food access we typically enjoy in the modern world.

Evolution is a relatively slow process, so it’s not unreasonable to suggest that we haven’t quite caught up on an evolutionary level to our current well-fed, routine satiety conditions. In other words, our bodies seem to work best under the conditions that feel more natural to it – namely, intermittent fasting. 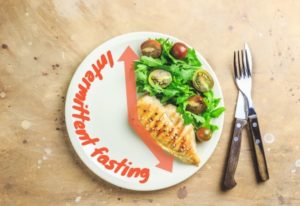 The basic premise of intermittent fasting is to limit eating to a specific period of time and to avoid eating outside of that period of time while maintaining correct nutritional levels. There are a variety of meal timing plans, some targeting specific outcomes, such as weight loss, increased cognitive function or better metabolic health. Pregnant or nursing mothers, children and people already in fragile health should not practice intermittent fasting unless specifically advised and guided by a qualified, responsible medical professional. Indeed, anybody making major dietary changes should discuss those changes with their primary health care provider.

Common intermittent fasting approaches include fitting the daily meals into an eight hour period and fasting for sixteen hours. Some people compress their eating into a six hour period, fasting for the remaining hours. Others still choose two days a week to eat just one 400 to 500 calorie meal daily, eating three meals a day on the other five days. Still others use targeted meal planning diets, such as the Chronodiet, that helps support circadian rhythm health via intermittent fasting and an eating plan that delivers the right nutrients at the optimal time to maximize their impact on health and function.

Intermittent fasting offers a number of important health benefits. Popularized in recent years for its fat burning and weight loss potentials, intermittent fasting is also associated with optimizing hormone production and function, including insulin. Intermittent fasting is linked to a reduced risk of diabetes, heart disease and some cancers. In addition, it can also aid in cellular repair, decrease oxidative stress, reduce inflammation – both of which play key roles in many chronic health conditions – and may help to slow some aging processes.