Investigating the Genetic Link Between Personality and Chronotype

An interesting new study conducted by researchers from both the University of Warwick and the University of Tartu added to the growing body of clinical evidence supporting links between personality and chronotype. Published in the Journal of Personality, this new study focused on preferred sleep timing and personality traits, taking an analytic approach that encompassed both genetic and phenotypic factors.

While the results of this study are certainly intriguing, researchers say further research is required to ascertain the degree of genetic influence and the specific genetic mechanisms involved. 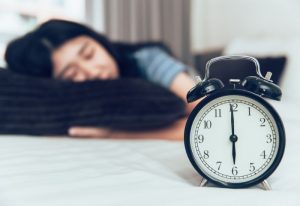 Chronotype refers to one’s natural sleep timing or preference. Probably the most familiar descriptions of these preferences are the early bird, or the lark, and the night owl, describing morning people and night people.

Of course, the reality of chronotype is more complex. Many scientists today segregate chronotype beyond just those who prefer to rise early and those who go to sleep later, utilizing four groups.

Wolves are not morning people — not by a long shot. Their productivity typically doesn’t really kick in until noon. They also tend to get another productivity burst around 6:00 p.m. and prefer to go to bed late. Dolphins tend to be very light sleepers, which makes them more prone to sleep disturbances and disorders. This group is typically most productive between 10:00 a.m. and 2:00 p.m.

Chronotype, however, is not static, staying the same across a lifetime. Instead, it can vary at different life stages. Infants and children tend to be lions and bears. Teens and young adults tend toward the wolf, with most shifting to bear timing as the move into full adulthood. After about age 50, it is not at all uncommon for people to shift to an earlier waking and sleeping cycle, even if they have had wolfish chronotype tendencies for most of their lives.

Links Between Personality and Chronotype

Those on the other side of the equation – the night owls and wolves – also tend towards certain shared personality traits. These include creativity, less risk aversion and a higher risk of depression, anxiety and substance use.

While the exact mechanisms may not yet be fully understood, when it comes to chronotype and overall personality, it is well established that there is a genetic connection. A study published in 2019 that utilized data from just under 700,000 people found 351 genetic variations involved in chronotype determination. Genetic influence has also been linked to personality traits, such as what is commonly referred to as the big five – openness to experience, agreeableness, extroversion, neuroticism and conscientiousness.

In the recent University of Warwick and University of Tartu study, researchers were able to bring those concepts together to show a genetic connection between having specific personality traits, such as the high conscientiousness and low openness combination, and having an earlier rising and sleeping chronotype. The researchers say the next step for their research is to try to determine the nature of the relationship between personality and chronotype, whether chronotype influences personality, personality influences chronotype or if that influence is more of a mutual nature. 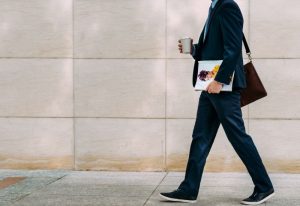 The researchers also noted that, from what they learned, it seems as though it is possible to adjust chronotype. After all, not everyone is able to match their work hours to their own individual rhythms and chronotype isn’t written in genetic stone.

Environmental factors also have influence. Some personality traits can make shifting chronotypes easier, such as those with higher levels of conscientiousness and self-discipline.

The More You Know

Sleep deprivation and circadian rhythm disruption – often the result of having to fight against your natural chronotype – are closely linked to a wide range of health problems. Being able to work your life according to your natural chronotype is the best option for both physical and mental health, but that’s not always possible.

Having a more holistic understanding of what influences chronotype and the connections to personality and genetics can be a real game changer when it comes to working to improve your health and overall well-being.