7 Surprising Health Dangers of Not Getting Enough Sleep 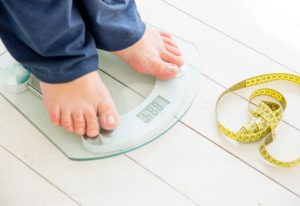 Many people who are obese or overweight blame themselves for the predicament and its serious health consequences. However, a lack of sleep may be partly to blame.

If you didn’t sleep well as a child, you are at an even greater risk of adverse health effects. Studies have shown that children who were not good sleepers are more likely to grow up into overweight and obese adults. If you are looking to lose a few pounds, getting eight hours a night of sleep may be a good first step.

It is normal to look back on a few decisions and cringe. If you feel that much of your life is a bad decision, your sleep habits may be to blame. Poor decision making is another of the dangers of not getting enough sleep.

When we don’t get enough sleep, our frontal lobes don’t function as well. This can lead to making poor decisions and bad judgment calls in all areas of our lives, from testing poorly to acting based on negative emotions. If you want to make positive choices, getting enough sleep is the best first step.

We all depend on our hearts to move blood and oxygen, and to keep us moving in general. Without good heart health, we are at risk of not only fatigue and other issues, but of actual death.

People who don’t get enough sleep are at higher risk of a variety of heart problems, from high blood pressure to life-threatening problems such as heart attack and stroke. If you ever needed a good reason to go to bed early, this is it.

Motor vehicle accidents are one of the top causes of death in the developed world. Although some of these accidents can be prevented, many are due to simply not getting enough rest. In fact, thousands of car accidents per year can be attributed to drowsy driving.

If you have ever gotten behind the wheel while tired, you are not alone. One in 25 people have done so just in the past month. Millions of people are sleep-deprived, which is likely causing an untold number of preventable accidents. Getting enough sleep will help you and the people around you to be safer on the roads.

Sex makes the world — and the entertainment industry — go round. If you are deprived of sleep, your sex life may be suffering.

People who don’t get enough sleep are more likely to report fatigue and high emotions, both of which can kill the sex life quickly. In addition, losing out on sleep can lead to respiratory issues, lower stamina and low testosterone levels, all of which can decrease your sex drive immensely.

If you want to be a beast in the bedroom, the first step is making sure your inner sex monster gets the sleep it needs.

Do you feel like an entirely different person after a good night of sleep? If so, you are not alone. Most people report differences in creativity, sociability and other important personality factors after getting the recommended amount of sleep. 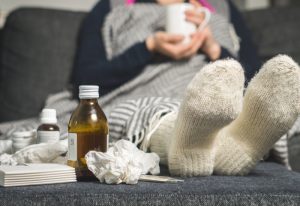 Winter brings with it the promise of infectious illness, as we are all trapped inside to cough and sneeze on each other. However, your circadian rhythm can play an important role in protecting you from bacteria, viruses and other common germs.

People who get enough sleep have better immune system function. This can be incredibly beneficial to their everyday lives, as they are less likely to develop colds and other common illnesses. Over time, this can lead to better general health, fewer sick days at work and a variety of other advantages.

Getting enough sleep can have a variety of positive effects on your health and in your daily life. If you are looking for ways to optimize your life, getting eight hours of rest is an important first step in avoiding the health dangers of not getting enough sleep.