There was a time when most humans spent their days in the sun. In modern times, however, most of us work indoors under artificial lighting. How is this affecting our health and energy levels? A new study looks closely at how natural daytime light of different wavelengths affects us differently from indoor light.

The Importance of Daytime Light in Human Health 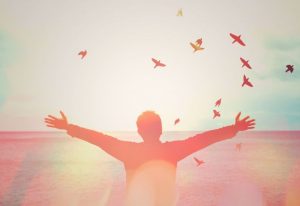 Humans evolved to have circadian rhythms that mirror the rhythms of the sun. The presence (or absence) of sunlight tells our brains when it is time to wake and sleep as well as serving as a cue for a variety of other biological processes.

When our eyes are exposed to light, several different processes occur. First, our pupils change size, either dilating (getting larger) or constricting (getting smaller) to allow in just the right amount of light for good vision. Second, our retinas send messages to specialized areas of our brains that we are in the light, and thus should remain awake. Our brains release hormones associated with wakefulness and suppress the release of melatonin to help us to feel as alert as possible.

Although this is the way we evolved, our lives have changed immensely in the past few hundred years. Most of us no longer are exposed to bright natural light throughout the day. Instead, we spend our days indoors, with artificial lighting such as lamps and fluorescent lights. How is this affecting our lives? Researchers set out to find the answer to this question.

In order to find out, researchers took a group of volunteers and had them make several visits to a special lab. They were exposed to a variety of different light wavelengths for three hours at a time. All participants spent a block of time in very dim light, followed by time spent in light of varying wavelengths. Some of these lights were designed to perfectly mimic natural outdoor light while others were more similar to indoor lights. Their pupillary responses, or how our pupils dilate and constrict in response to light, were measured. In addition, the test subjects had to report how sleepy or alert they felt throughout the different light exposures.

It was found that test subjects had a greater pupillary response to light that mimicked natural outdoor light. In addition, they reported feeling far less sleepy than they did in the dim and artificial lights.

This raises a lot of questions about how we are all affected by exposure throughout the day to artificial rather than natural light. Are we all spending much of our days sleepier than we would be with a simple change in lighting? The research suggests that we all could benefit from a little more sunshine.

Could Colored Lights Make a Difference? 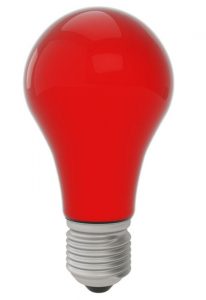 Although most of us would love to spend more time outside, obligations such as work and school often keep us indoors. How can artificial lighting be adjusted to have the right effects on our bodies? Several studies have been performed to answer this question.

Blue light, the wavelength emitted by most computers and devices, has been found in several studies to increase both alertness and performance. However, this wavelength of light also can interfere with sleep, which may decrease alertness in the long run. This is the reason that most sleep experts recommend turning off smartphones and other devices several hours before bedtime.

Red wavelengths of light similarly have been found to improve wakefulness and performance. However, we still do not know how these lights can affect health and the circadian rhythm over a longer time period. People using these lights to feel more awake should do so with caution.

If you want the full effects of natural light, getting more sunlight appears to be the answer. Even short amounts of time spent outdoors can stimulate your brain to wake up and be more productive. In addition, people who feel sleepy when indoors can try to sit next to a window or otherwise get more sunlight exposure throughout their days. There are also lamps created to mimic natural sunlight. These appear to have effects that are similar to the real thing.

Many of us are forced to spend much of our days sitting at a desk indoors. Despite this, getting a little sunlight throughout the day will help us to maintain good health and to feel our best.