Insufficient sleep and poor quality sleep have both been shown to impact health in a number of significant ways, including the health and function of the cardiovascular, immune and metabolic systems. Over the past decade, medical researchers have learned a great deal about the connections between a lack of sleep and cardiac deaths.

Sleep duration and quality are intricately connected to heart health and function. For people already struggling with high blood pressure, even a single night of insufficient or poor-quality sleep can have a measurable impact, yielding higher blood pressure during the following day.

How Lack of Sleep and Cardiac Deaths Are Linked 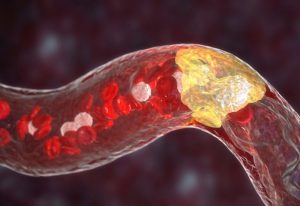 Heart-related health issues are among the leading causes of death for both men and women. Coronary heart disease, for example, is the number one cause of death. Also called atherosclerosis and sometimes referred to as hardening of the arteries, this type of heart disease is associated with plaque buildup on the walls of coronary arteries, resulting in a narrowing of those arteries that decreases and can eventually halt oxygenated blood flow to the heart.

According to current research, there are connections between this disease and sleep duration and quality. One important connection is that sleep disruption seems to push a molecule that causes inflammation into action. That inflammation sets the stage for the plaque buildup and hardening that narrows the coronary arteries. Sleep issues can also impact those with coronary heart disease by affecting blood pressure, as sleep deprivation is associated with increased blood pressure. That increased blood pressure puts additional pressure on already strained arteries.

Adverse cardiac events, such as heart attack and stroke, have long been associated with poor-quality, disturbed sleep. Certain sleep disorders, such as obstructive sleep apnea and insomnia, are associated with a variety of heart problems, including heart attacks, strokes and high blood pressure. Researchers have found obstructive sleep apnea to be linked in one way or another to most cardiac health related deaths. Routinely sleeping less than six hours a night can significantly increase your risk of heart attack.

Aside from increasing inflammation and blood pressure, a lack of sleep heightens cardiac disease and adverse event risks in a variety of more subtle ways as well. The human body is made up of several systems that work together as a unified whole. Much of the action and interaction of these systems involves complex chemical reactions and interactions. Thus, when something goes awry, the impact isn’t just an isolated event, but rather ripples through, with one thing affecting another and another. An example is how sleep deprivation encourages inflammation which, in turn, influences plaque buildup.

Disrupted and insufficient sleep impacts hormones as well, including the balance of hormones and the release timing of a variety of hormones, including insulin, cortisol and melatonin. Hormones are major players in the health and functioning of the body. Disruptions can lead to increased risk of a number of diseases, including some types of cancer.