The connections between the most common form of sleep apnea, obstructive sleep apnea, and hypertension are already well established. In a recent study, researchers present evidence suggesting that gut bacteria balance may also be a factor linking those two common health conditions. Published in the Journal of Clinical Sleep Medicine, the study reviewed data from a number of studies and found that gut dysbiosis, an imbalance in the gut microbiome, was common to both hypertension and sleep apnea. Establishing a link between gut bacteria, hypertension and sleep apnea could lead to improved prevention and treatment plans for these conditions. 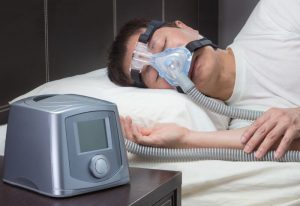 A person with sleep apnea stops breathing briefly while sleeping. There are two types of sleep apnea, each with a different triggering mechanism. One type is fairly rare and involves a malfunctioning of the brain-to-muscle messaging system. That is referred to as central apnea, due to the issue arising from a central nervous system signaling problem.

Obstructive sleep apnea is far more common, impacting about one billion people globally. This type of sleep apnea, as the name suggests, is caused by an airway obstruction or blockage when the muscles around the airway relax during sleep. Obesity is one of the most common causes of this type of sleep apnea and is the primary driving factor in the rapid increase of this now common sleep disorder.

According to the World Health Organization (WHO), hypertension, or high blood pressure,is a global health concern, with approximately 1.28 billion adults suffering from the condition. Poor diet, obesity and a lack of physical activity are among the most common contributing factors to developing high blood pressure. With that in mind, it should come as no surprise that hypertension is also on the rise globally. And, not just in adults: Over the past two decades, there has been a significant increase in the number of children with hypertension.

Hypertension is considered a major health problem because it tends to serve as the precursor to a number of serious diseases. Indeed, it is the top cause of cardiovascular disease throughout the world and a major cause of premature death. High blood pressure is associated with an elevated risk of heart attack and stroke. It can also cause vision problems via damage to the blood vessels in the eyes, cause vascular dementia, have a negative impact on kidney health and function and can contribute to an increased risk of developing metabolic disorder.

In 2019, Bruce R. Stevens, PhD and professor of psychiatry, medicine and physiology and functional genomics at the University of Florida College of Medicine in Gainesville, Florida, described humans as being “meta-organisms” because the number of human cells and bacteria in a human body are roughly equal. Our gut bacteria play a huge role in our health, playing a critical part in numerous fundamental processes, including the metabolizing of food, the manufacturing of serotonin and immune system functioning. Stevens was also the lead author of a study linking gut bacteria to hypertension.

In their recent study regarding the links between gut bacteria, sleep apnea and high blood pressure, Saif Mashaqi, MD, FCCP and David Gozal, MD, MBA pointed to the impact that sleep apnea may have on gut bacteria via the lower blood oxygen levels the condition can produce. According to the researchers, those lower blood oxygen levels may impact the balance of bacteria in the gut microbiome by creating an environment more hospitable to low- or no-oxygen-requiring bacteria, allowing those varieties to flourish while others that require a normal oxygen level decrease in number.

That imbalance, or dysbiosis, particularly when there are other factors, such as a poor diet, adding to the overall state of imbalance, can impact the health and function of the gut lining, called the epithelium. That can cause leaky gut and contribute to an increased amount of toxins making it into the blood stream.

That, in turn, can result in increased systemic inflammation, known to be associated with elevated disease risk, including a higher risk of hypertension and cardiovascular disease. The researchers also pointed to animal studies involving fecal transplants that did indicate a causal relationship between gut bacteria balance and hypertension.

Potential to Improve Prevention and Treatment 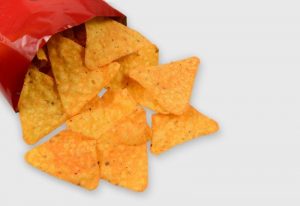 Understanding the links between gut bacteria, hypertension and sleep apnea and high blood pressure has the potential to yield better prevention and more targeted treatment. An important take-away that you can use today to promote better sleep and better health is the overall importance of diet.