Most people at least have an inkling that the human body needs seven to nine hours of sleep every night for good health. However, in reality, a large (and growing!) number of people do not achieve this magic number. Work, errands, housekeeping, laundry and social obligations all keep us from our pillows every night, leaving us feeling depleted in the morning. Many people sleep late on weekends to make up for this sleep debt. However, a new study has found that sleeping in on the weekend may not help us to repay our sleep debt from the work week. 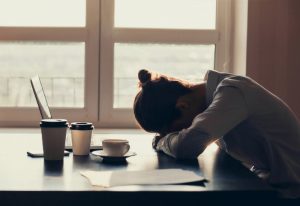 In a world where debts are commonly discussed, sleep debt remains largely hidden. We discuss our student loans, credit cards and even the national debt while ignoring that we simply are not getting enough sleep to survive.

Researchers estimate that 60 percent of American women are not getting enough sleep. American men also are in need of a few more hours of shut-eye. Sleep deprivation is, in fact, a worldwide epidemic: In a recent study, not one country in 48 that participated managed to log in eight hours of sleep per night on a regular basis. Whether we miss sleep due to work, family or social obligations, the result is the same: People who are sleep-deprived have fuzzier thinking, increased fatigue and a higher risk of developing deadly illnesses such as diabetes and heart disease.

Many people assume that they can sleep more on the weekends and “catch up” on much needed hours of shut-eye. After all, the weekend sleep-in and nap are almost an institution in the Western world. However, our bodies may not work quite so simply.

Sleep duration, or how long you sleep at night, is an important factor in health. Several studies have found that there is a relationship between sleep duration and mortality risk. People who do not sleep enough, or who get far too much sleep, are more likely to die in the near future.

Many of the studies on sleep duration and health look at averages. Thus, if a person sleeps longer on the weekend and less during the week, they may average out to a healthy amount even if they are sleep-deprived most of the time. As a result, we may be underestimating the risk of sleep deprivation by dealing with averages rather than looking at ongoing sleep habits.

Sleeping in on the Weekend: Will it Help?

If you are one of the many people who sleep in on the weekend to make up for sleep loss throughout the week, a recent study may have bad news for you. While getting extra sleep on weekends may make you feel more rested, it will not reduce the health risks associated with sleep debt.

Researchers took a group of volunteers and divided them into three groups. One got five hours of sleep every night regardless of the day of the week. The second group got five hours a night on weekdays followed by unlimited sleep on weekends. The third and last group was allowed unlimited sleep, up to nine hours, on all days.

Although the people who slept in on the weekends got more sleep on average, they appeared to suffer from the same health effects as people who got less sleep consistently. According to the author Kenneth Wright, “… the key take-home message from this study is that ad libitum weekend recovery or catch-up sleep does not appear to be an effective countermeasure strategy to reverse sleep-loss-induced disruptions of metabolism.”

Our circadian rhythm appears to be an essential part of our metabolic health. Even if we can catch up on sleep, we cannot catch up on the positive health effects of having our internal clocks in sync.

Natural Ways to Get Enough Sleep 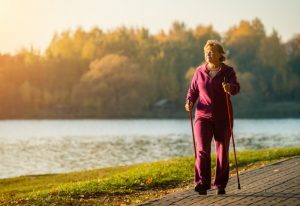 Getting enough sleep is important, whether it is Monday or Saturday. However, this is often easier said than done. Many people struggle to get the sleep that they need. If you are among this growing number, consider trying one or all of the following options:

Getting enough sleep requires more than occasional lazy mornings. You need lifestyle changes to ensure that you have a balanced circadian rhythm. Although it can be difficult to implement real change in your life, the results will be more than worth the effort.