Sleep deprivation has gotten a lot of attention from health officials and researchers in recent years, and deservedly so. The World Health Organization (WHO) and the Centers for Disease Control and Prevention (CDC) have both identified sleep deprivation as a serious public health problem, impacting physical health, cognitive performance and mental well-being in numerous ways. Recovering from sleep deprivation isn’t as easy as you may think, according to recent findings by researchers at Jagiellonian University in Kraków, Poland. A couple days of catch-up sleep don’t seem to mitigate the measurable impacts of not getting enough sleep.

Understanding the Impact of Sleep Deprivation 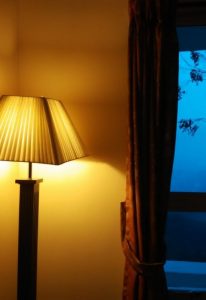 Not only is sleep deprivation a growing problem, it has become a global public health concern. This increasing lack of sleep, affecting not just adults, but also teenagers and even children, has a lot to do with the modern way of life. Technology, artificial lighting, shift work, round-the-clock living and entertainment all play a role in what, for many, has become a chronic lack of sleep.

Demanding lifestyles, the struggle to balance work and family and maybe have a few precious minutes of personal downtime, leaves lots of us powering through busy days and nights short on sleep, hoping to make it to our next day off and to be able to catch up on some sleep.

The impact of sleep deprivation is much greater than just feeling tired, run down and worn out. Routinely not getting enough sleep can have a huge impact on physical health, cognitive function and mental well-being. According to John Hopkins Medicine, sleep deprivation symptoms include difficulty concentrating, memory problems, reduced immune system function and decreased physical strength.

People who chronically do not get enough sleep have a greater risk of developing mental illnesses and disorders, including depression, and an increased risk of automotive accidents and workplace injuries. A higher risk of obesity, diabetes, cardiovascular diseases, sexual dysfunction and balance issues are also associated with chronic sleep deprivation. Because sleep deprivation is disruptive to the circadian rhythm and thus to hormone production, it can contribute to a higher risk of developing metabolic disorders and certain types of cancer, including breast cancer.

Recovering From Sleep Deprivation Not So Easy

Many people think recovering from sleep deprivation is as easy as sleeping in on the weekends. However, according to the results of a recent study conducted by researchers at Jagiellonian University in Kraków, Poland, and published in PLOS One, a peer reviewed science journal, that isn’t the case.

Those participating in the study slept about 30 percent less each night for a period of ten days. That 10-day period of sleep deprivation was followed by a seven day recovery period that included “make-up sleep.”

Even after that week of recovery, study participants were still showing measurable impacts from their period of sleep deprivation on their cognitive performance and functioning, including the ability to think clearly. The researchers emphasized what they considered to be an important take away, pointing out that just an hour or two decrease in sleep nightly can have a lingering impact on cognitive abilities. Considering just how common that hour or two loss is for the average person working a full-time job and raising children, the implications of this study are huge.

Techniques to Improve Your Sleep

Improving your sleep starts during the waking hours, with increased sunlight exposure in the early part of your day. Light is an important environmental cue for your circadian rhythm, which impacts your sleep and wake cycles. Just as increased sunlight in the morning lets the body know it’s time to become active, in the natural flow of things, the decrease in evening light signals the body that the time for sleep is approaching. Therefore, avoid bright lights in the evening, especially during the few hours before bedtime. Your devices – mobile phone, tablets, computers and television – also fall into that category. Avoid them during the two hours before bed. Keeping devices out of the bedroom altogether is the best practice. 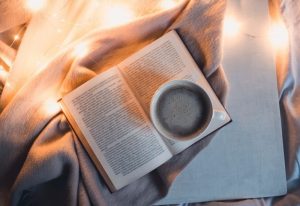 Make your bedroom as comfortable as possible, keeping the temperature cool. Develop a nightly routine to help you wind down from the day and get relaxed in preparation for the night — perhaps a nice soak in the tub or some meditation. Use scheduling to help you develop good sleep habits. Wake up and go to sleep at the same time every day, including days off. Do the same with your meals because meal timing also impacts your circadian rhythm and sleep-wake cycle. Avoid caffeine in the late afternoon and evenings. Don’t drink alcohol in the evening, as that can be disruptive to sleep quality.

For many people, changing how they think about sleep can be the most important step. In some educational and professional circles, sleep deprivation is like a badge of honor, a source of pride and something to brag about. It can feel like laziness to insist on getting your eight hours of sleep nightly. These are unhealthy perspectives that need to be changed.

Getting sufficient, good quality sleep regularly is an integral part of health, both in the short-term and the long-term. Catch-up sleep isn’t a practical health strategy. The science is clear: Prioritizing your sleep is the smart choice for better health.