A new study, funded by the U.S. Navy and conducted by University of Colorado Boulder researchers, finds that prebiotics help regulate circadian rhythm and help to restore that rhythm after it has been disrupted.

The role of a healthy circadian rhythm in helping to maintain health and decrease disease risk is well established, so researchers were excited by the potential revealed by this animal study. The University of Colorado Boulder researchers are already taking their research to the next level with prebiotics clinical trials for humans.

Prebiotics, Probiotics and How They Interact 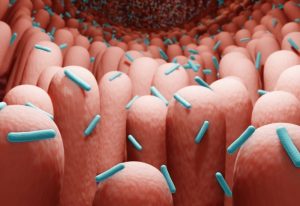 While most health conscious people have become pretty familiar with probiotics over the past decade, prebiotics are just beginning to gain a similar amount of recognition. The overarching connection between the two is the gut microbiome, the health of which is tied directly to overall health.

The gut microbiome is made up of trillions of microbes, including bacteria and viruses. These microbes have roles in a number of essential processes within the body, including the processes involved in extracting nutrients from food and converting food into energy. The balance between good bacteria and potentially harmful bacteria within the gut microbiome is critical to maintaining health. Imbalance can contribute to disease processes and increased health risks.

Both prebiotics and probiotics play a role in gut microbiome balance and health. Probiotics are the live beneficial bacteria found in such foods as live culture yogurt and buttermilk, kefir and fermented foods, such as sauerkraut, kimchi and some types of unpasteurized pickles. Prebiotics refer to carbohydrates – typically fiber – that the body can’t digest, but which serve as food for the good bacteria, supporting the health, growth and function of beneficial bacteria colonies or populations.

Numerous foods provide prebiotics. Prebiotic-rich foods include oats, berries, bananas, onions, beans, peas and other legumes. However, those are just a few of the dietary sources of prebiotics. It should be noted that highly processed foods are seriously lacking in prebiotics; one of the reasons that a diet heavy in processed foods is so dangerous to the diversity and health of the gut microbiome.

Whole, real foods are by far the best choice for your health and that of your gut microbiome. For those transitioning from a processed-food-reliant diet to one built upon more real, whole foods, including healthy fiber and prebiotic-rich complex carbohydrates, as well as prebiotics and probiotics supplements, can prove a valuable tool for helping to improve the gut microbiome.

The results of the U.S. Navy funded University of Colorado Boulder study were published in the journal Brain, Behavior and Immunity. Building on the results of prior studies that showed that rats that were fed prebiotic-supplemented foods had better sleep quality and were better able to manage under stressful physical conditions, this study sought to find out if prebiotics could help mitigate the impact of circadian rhythm disruption. The military’s interest in this is clear, given the circumstances soldiers can face, including such circadian rhythm disrupting situations as rotating or extended shift work, sleep disruptions and jet lag.

According to the researchers, the gut flora of the prebiotic-consuming rats included bacteria types associated with a reduced amount of fragmented sleep. The researchers also say that the good bacteria which were nourished by the prebiotics produced protective metabolites that helped mitigate the systemic stress of the jet lag produced via the researchers’ light manipulation. 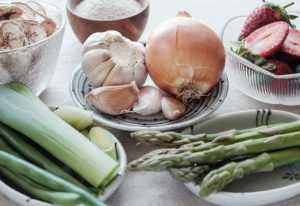 Prebiotics play a vital role in helping your gut microbiome to be diverse, balanced and healthy. In addition, prebiotics promote digestive health, healthy metabolic functioning, colon health, aid in the production of short chain fatty acids (SCFAs), associated with better heart health and better blood sugar control and help in the absorption of essential nutrients such as magnesium and calcium.

Choose a varied diet of healthy whole foods to ensure that you get the prebiotics you need. If you’re working on improving your diet, consider supplementing with prebiotics and probiotics until you are consistently getting enough of these critical substances in your day-to-day diet.