Restoring the Circadian Rhythm: Lipoic Acid Could Be the Key

Scientists may have discovered a new and powerful ally in the quest to understand how the daily rhythms of the human body affect aging and overall health. Lipoic acid, also known as alpha lipoic acid or ALA, is an antioxidant found in certain foods and produced naturally within the body. New research suggests lipoic acid may also play a role in regulating the human body’s normal daily biorhythms, also know as circadian rhythms, a key point in understanding chronobiology.

The study of how living things function over known periods of time is known as chronobiology, from the Greek chronos, “time” and biology, “the study of living things.” Chronobiology is an old scientific discipline, having first been used to identify growth cycles in edible plants and later to track the changes in a woman’s body during pregnancy. The first formally codified scientific observation of chronobiology occurred in the 18th century, when French astronomer Jean Jacques d’Ortous de Mairan first recorded the motions of plant leaves turning in place to expose maximum surface area to the sun to stimulate chlorophyll production. Lipoic acid research is providing scientists with new data concerning what mechanisms govern some aspects of chronobiology and how those mechanisms can break down and be repaired. 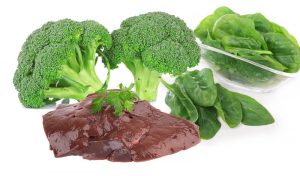 Researchers from the Linus Pauling Institute at Oregon State University studied lipoic acid in relation to other chemicals present in the body that are known or suspected to be biorhythm regulators, using rats as the test sample. Two groups of rats were utilized, one receiving a basic control diet and the other being fed a diet with a high lipoic acid content. According to the researchers, the rats receiving the high ALA diet demonstrated biorhythms and circadian rhythms which were more youthful in their expression than those on the control diet. The researchers also discovered that lipoic acid seems to help counterbalance normal aging-related liver damage and malfunction. With the indication that lipoic acid can actually “reset” the biological clock and bring out of synch regulatory chemicals into harmony, lipoic acid research has been hailed as a significant potential breakthrough in anti-aging research and a possible way to improve overall health.

How Do We Use Lipoic Acid?

A healthy body can self-manufacture sufficient ALA for its needs. However, as the body ages or illness sets in, the body requires more lipoic acid to fuel its cellular processes but paradoxically can produce less of it. This results in the body’s natural circadian rhythms being disrupted and expresses itself as growing more tired, more quickly during daylight hours while being unable to sleep soundly or regularly at night. 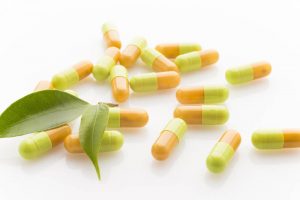 ALA has been used to treat patients with type-II diabetes in daily oral dosages between 600-1,200mg per day. There is convincing evidence that lipoic acid helps stimulate insulin production in many cases. According to Memorial Sloan-Kettering Cancer Center, the bioavailability, or how much “free” ALA was actually available to the patient after taking it orally, was estimated at around 30%. In addition, intravenous injections of high doses of lipoic acid have been shown to help curb the unpleasant pain, tingling and burning sensations caused by diabetic neuropathy, or nerve damage caused by diabetes. A study conducted at Jiaotong University School of Medicine, Shanghai, China concluded that overall 73% of patients taking ALA showed significant improvement in symptomology related to diabetes, versus less than 19% who were given a placebo.

Other Possible Uses of Lipoic Acid

Lipoic acid has been investigated as a possible treatment for everything from peripheral artery disease to amanita, or “Destroying Angel” mushroom poisoning, as well as a treatment in cream form for reducing wrinkles. However, this research is still in very early stages and no conclusive data has been established regarding either efficacy or optimum dosages for treating specific ailments. Because of the sparsity of clinical testing on pregnant women and young children, use of ALA supplements is generally discouraged in these groups without physician supervision. ALA may also increase the efficiency of other medications taken to treat diabetes, resulting in hypoglycemia or low blood sugar as well as thiamine deficiency, often found in people with thyroid disorders, so checking with a physician before adding ALA to a given treatment regimen is important to avoid unintended side effects.

Despite the lack of conclusive research regarding ALA as a broad-spectrum supplemental treatment, many people both in the medical and lay communities are excited about its potential for treating both large-scale and cellular-level health problems that influence the human body’s internal rhythms. If lipoic acid can truly reset one’s biological clock as existing research suggests it can, it may prove to have surprising implications for our understanding of how circadian rhythms affect the human aging and healing processes. 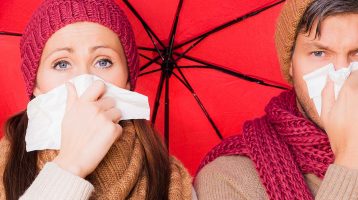