New research shows how sleep deprivation in teens can lead to mood disorders, underscoring the importance of getting sufficient sleep during the teenage years.

How Do Mood Disorders Affect Teenagers? 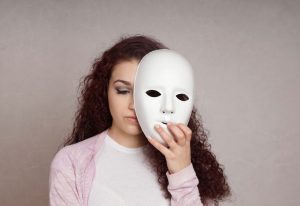 Research has helped us to understand that mental illness often starts in adolescence, with nearly 22 percent of all teenagers suffering from some type of mood disorder. Sadly, the stigma that’s associated with mental illness often keeps teens from seeking help with their emotional disorders. For the same reasons, parents are reluctant to get help for their teen children unless a condition becomes especially pronounced.

While there are many different mood disorders that affect teens, the most common conditions include depression, uncontrolled anger, eating disorders, ADHD and oppositional defiant disorder. In general, the following changes in a teen’s lifestyle or behavior indicate the onset of some type of emotional health disorder:

A parent may be able to tell when a child is developing a mental disorder even sooner by looking at changes that are more easily identified. For example, a drop in grades is usually the result of emotional changes that affect concentration. Fatigue during waking hours and an increased sense of anxiety are also indications that something may be affecting your teen’s emotional health.

As a result of these changes, teens may begin to avoid social situations and become withdrawn at home. If your teen suddenly seems reluctant to participate in group activities, you should consider an emotional health problem as a cause.

A recent Australian study on how sleep affects teens confirmed that sleep deprivation adversely affected the mental health of teens. In the study, teens aged 15 to 17 were divided into three groups. One group was limited to five hours of sleep, while a second group was permitted to sleep for 7.5 hours. The third group slept 10 hours each night. Upon waking each day, the moods of the teens were assessed by a research team.

The mood of each teen was measured using a scaled system that allowed each subject to rate their feelings of fear, anger, confusion, anxiety, happiness and energy. The teens who were limited to five hours of sleep most often described their emotional states as being depressed, confused or angry. This group also reported feeling happy or energetic less of the time.

The researchers involved with the project noted that recent statistics confirm that emotional health problems, including mood disorders, are more common among teens who don’t get enough sleep each night. The researchers believe getting more sleep is effective in helping teens lower their risks for mental illness. Suffering from sleep deprivation for an extended period of time can also raise the risk of a prolonged mental health issue in teens. Simply ensuring your teen gets more sleep may be sufficient to correct for emerging emotional health problems before they become severe.

In many cases, sleep deprivation in teens is the result of poor habits that affect the teen’s ability to sleep through the night. These tips can help you ensure your child is consistently getting good sleep so their minds will stay sharp and healthy.

Know When to Turn Electronics Off

You should take steps to ensure your teens are putting down their mobile devices at least one hour before bed. One good way of doing this is to create a charging station in the living room or kitchen. This will help keep track of everyone’s phones, and it will keep your children from accessing their devices during the night. The blue light that’s given off by electronic devices disrupts the sleep cycle, so limiting use of devices at night is vital for good sleep.

You should also make sure your teen is waking at approximately the same time all week because this will help them regulate their circadian rhythms. While teens like to sleep later on the weekends, you should make sure they awaken within two hours of their weekday schedule. This gives them a little extra time to sleep, but not so much sleep that it will disrupt their weekday schedules. 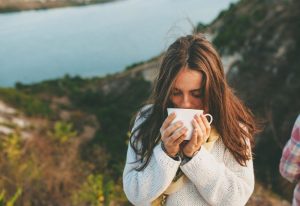 As a general rule, energy drinks should be off limits for their sugar content as well as for the extremely high amount of caffeine in just one can. If your teens do drink soda or coffee, limit consumption of these caffeinated beverages to the morning and early afternoon.

It takes at least six hours for caffeine to run its course in the body, so drinking coffee or soda any later than lunchtime increases the risk of the stimulant disrupting sleep later in the night.

You should make sure your teen’s bedroom is as comfortable as possible for them. Check to see if their mattress is firm and comfortable. You should also ensure the sheets, comforter, blankets and pillows are all soft and cool.

The bedroom temperature should be kept on the cooler end as well. Typically, 65 to 70 degrees is ideal for promoting good sleep. Finally, make sure the bedroom is dark and quiet to help your teenager fall asleep quickly and stay asleep throughout the night.