Dementia has become a common cognitive health issue throughout the world. Today, there are about 55 million people with dementia and, according to the World Health Organization (WHO), there are approximately 10 million new cases reported each year. Dementia is ranked by the WHO as the seventh leading cause of death worldwide. Researchers have been working for decades to learn more about the causes of this sad, debilitating condition, aiming at helping people to reduce their risk of developing dementia in their elder years. Recent research finds earlier bedtime linked to dementia risk, along with regularly sleeping more than eight hours.

How is Bedtime Linked to Dementia Risk? 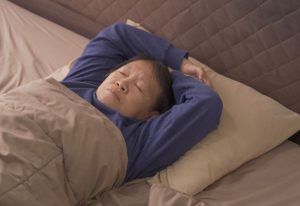 This recent study, published in the peer-reviewed Journal of the American Geriatrics Society, was conducted by researchers associated with universities and medical research departments in China, Sweden and the United Kingdom. The researchers used a population-based cohort study focused on people aged 60 years and older living a rural lifestyle in China’s western Shandong province. This study is important for many reasons, of course, but notably it offers a different perspective than previous studies which were more focused on the urban dwelling populations of North America and Europe.

With their more rural lifestyle, the people in the western part of Shandong province tend to go to bed earlier in the evening and rise earlier in the morning, offering an interesting and useful contrast to studies that focus on a more urban population. Additional research in China has demonstrated that in that nation, with its quite considerable population, rural areas had greater rates of dementia than did more urban areas, where people tend to go to bed later. Interestingly, in the study focusing on the western Shandong province, the researchers reported that the older adults reported a lower quality of sleep than is typical among comparable urban populations in their age group.

In their Shandong cohort study, the researchers collected self-reported aspects of sleep to get a grasp on sleep characteristics and patterns in their study subjects. These aspects included sleep duration, sleep quality, sleep timing, time spent in bed and excessive daytime sleepiness. They compared that information to the rate of dementia, Alzheimer’s disease and other types of cognitive decline.

According to the researcher results, sleeping longer than eight hours was associated with a 69 percent higher risk of dementia, with those going to bed at 9:00 p.m. or earlier having twice the risk as those that went to sleep at 10:00 p.m. or later. However, this higher risk was seen in the 60 to 74 age group and primary among men; there was a distinct gender difference in the results.

It is important to note that because the mechanisms involved in this association between higher dementia risk and earlier bedtime have not yet been firmly identified, causation cannot yet be claimed; further research is necessary to prove causation. However, with the strong association, it is certainly worth looking deeper to see if working with sleep timing and time spent in bed can help to reduce dementia risk or perhaps slow or delay its progress.

Dementia and Its Risk Factors

The WHO describes dementia as a syndrome of cognitive decline that goes well beyond what might be considered to be a normal product of the aging process. Dementia involves significant deterioration of the processes involved in thinking and learning, such as memory, comprehension, numeracy and orientation. It can go deeper still to impact language and the ability to communicate, emotional control, impulse control and judgment.

Chronic and progressive in nature, particularly when associated with a disease like Alzheimer’s, those with middle- to late-stage dementia are typically unable to successfully and safely perform such daily living tasks as preparing and eating food, dressing appropriately for situations and weather or regularly performing basic hygiene tasks.

As with many diseases and chronic health conditions of this nature, there are numerous risk factors, with some being weightier than others. Age is an important risk factor, though it must be noted that dementia is not an automatic thing that we are bound to deal with as we grow older. The same can be said for the higher risk associated with a family history of dementia. That’s why it is so important to reduce risk via the factors you can control. 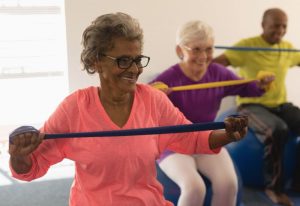 Aside from poor sleep habits, other risk factors for dementia include a poor diet, excessive alcohol consumption, smoking, not getting enough physical activity on a regular basis, being significantly overweight or obese, poor cardiovascular health and poor metabolic health, including blood sugar problems and diabetes. Depression, social isolation and not keeping your mind active are also significant dementia risks.

There’s Plenty You Can Do to Reduce Dementia Risk

To reduce your risk of dealing with dementia later in life, there are a number of things you can do now. With this latest research showing bedtime linked to dementia, it’s important to make sleeping well a priority. Stay socially active and engaged with friends and family. Make new friends of various ages, perhaps through doing volunteer work or taking classes — this is especially important as we age. Continue to learn new things. Eat a healthy diet based on real, whole foods. Eliminate ultra-processed foods from your diet. Be physically active each day and get outside as often as you can. Learn to manage stress. Take joy in living and focus on feeling gratitude.