The understanding of the complex relationship between the circadian rhythm and cardiovascular disease has evolved over centuries of scientific observation and study. Rapid advancements during the 20th and 21st centuries helped scientists to pinpoint the biological and genetic mechanisms of the body’s clocks, all the way down to the molecular level, as well as those of the overarching circadian rhythm that serves to keep those systems synchronized. Circadian clocks influence a broad range of cardiovascular system functions. And, when circadian rhythms are disrupted, system dysfunction and increased disease risk can result. 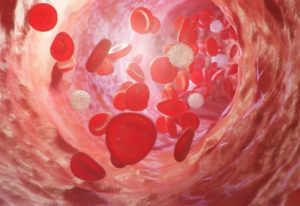 Researchers have developed specific procedures, including the forced desynchrony protocol, to separate circadian rhythm influence from other factors, such as physical activity. Using these types of targeted testing techniques, almost all cardiovascular system functions have been shown to have a circadian rhythm connection, including blood clotting, blood vessel functioning and heart rate.

This relates, in part, to the fundamental circadian rhythms of the cells that make up cardiovascular tissues. These cells have cycles of activity, timed by their own biological clocks, all of which work toward achieving overall cardiovascular function and health.

Science confirms that we are, at base, natural creatures and, as such, we evolved in tune to the natural rhythm of day and night. This approximately 24-hour cycle governs the countless chemical interactions that regulate the body’s complex systems, including the cardiovascular system.

Cardiovascular medicine has long noted a specific pattern in the occurrence of what has been termed adverse cardiac events, such as heart attacks. These sorts of life threatening cardiac events are more likely to occur during the morning hours. Today, medical researchers have connected this likelihood to the flow of cardiovascular system activity as influenced by circadian rhythms.

A variety of activities take place as the body prepares to shift from night functioning to being able to meet the potential demands of daytime functioning, including peak blood clotting ability, increased heart rate and a blood pressure surge. For those with cardiovascular system weaknesses and vulnerabilities, such fluctuations can lead to trouble; even a cardiac crisis. For many, these cardiovascular weaknesses and vulnerabilities are due to cardiovascular disease, which is often lifestyle acquired.

There is a growing body of evidence that connects circadian rhythm disruption to an increased risk of cardiovascular disease. Circadian rhythm disruption impacts a number of factors in cardiovascular system timing and functioning, including the release of hormones, such as cortisol, which is connected to blood pressure and melatonin, a hormone that, among its other functions, also aids in the control of blood pressure.

The role of hormones in cardiac health is highlighted by gender differences in cardiac disease risk between men and pre-menopausal women, who typically have a lower risk. The way the circadian rhythm impacts cardiac function differs between men and women as well. Women seem to have more protection in the case of circadian rhythm disruption than do men. This greater resilience in relation to circadian rhythm disruption makes sense in the biological context of women, as breastfeeding infants – a biological imperative for species survival during much of human evolutionary history – is inherently disruptive to the natural sleep cycle.

With the influence of circadian rhythms on cardiovascular function and health clearly established, researchers are also looking at the potential for those rhythms to impact the performance of cardiovascular medications. There is evidence that the timing of such medications to specific points in the circadian rhythm may help maximize their performance. 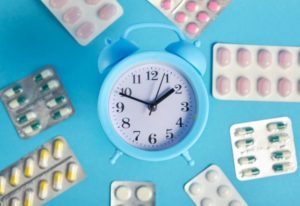 Chronotherapy – prescribing a medication at a specific time of day for a specific treatment goal – has been shown to be successful in some cardiovascular circumstances. It can be as simple as taking blood pressure medication at night to avoid overnight surges or can target more complex processes, such as the function of the of the renin-angiotensin system, which helps to control blood volume and vascular pressure.

These types of medical breakthroughs set the stage for highly personalized treatment plans that can be more effective on an individual, case-by-case level. With the demonstrated differences in how circadian rhythms impact the hearts of males and females, this type of tightly tailored treatment can make a real impact on cardiac health outcomes.

Cardiovascular disease risk involves many factors. That’s good news, because many of those factors can be controlled, reducing the risk. Interestingly, many of the factors known to reduce the risk of heart disease, such as sufficient physical activity and healthy eating habits, also help to preserve the health and function of your circadian rhythm.

Regular sleeping and waking cycles, being mindful of evening light levels and making an effort to get morning light exposure are also important to your overall circadian rhythm. There’s no doubt about it: Keeping your circadian rhythm aligned is an essential part of cardiovascular health.