The Connection Between Stem Cell Circadian Rhythm and Aging

Every living organism that is exposed to sunlight possesses an internal clock set to an approximately 24-hour schedule. Day and night cycles influence every cell within our bodies. Governed by a region of the brain’s hypothalamus referred to as the suprachiasmatic nucleus (SCN), circadian rhythms modulate cellular function and control bodily processes such as sleep-wake patterns, hunger, metabolic rates and hormone levels. Our brains are hardwired to respond to the rise and fall of the daystar.

The mechanics of the circadian rhythm are highly complex, and its inner-workings still largely a mystery to experts. Many scientists believe that over the course of time, stem cells essentially lose their circadian rhythms, ceasing to differentiate between the cycle of day and night, and that this is what causes aging. However, thanks to ongoing research into stem cell circadian rhythm and aging, we now know that this is not true.

According to two studies conducted by scientists from the Pompeu Fabra University and the Institute for Research in Biomedicine (IRB Barcelona) in Spain as well as the University of California Irvine, even with age, the circadian rhythms of stem cells remain active but their functions are reprogrammed. 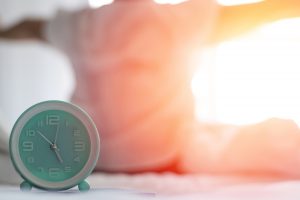 We know that when our biological rhythms are thrown off-kilter, health problems occur. Disruptions to our circadian cycles can result in health issues such as depression, obesity, lowered immune response and metabolic disorders. For instance, night shift workers are known to be more susceptible to both cancer and diabetes.

One team of researchers from the lab of Leonard Guarente, the Novartis Professor of Biology at MIT, has been investigating the relationship between circadian cycles and health. According to Guarente, “just about everything that takes place physiologically is really staged along the circadian cycle. What’s now emerging is the idea that maintaining the circadian cycle is quite important in health maintenance, and if it gets broken, there’s a penalty to be paid in health and perhaps in aging.”

SIRT1 is “a master regulator of cell responses to stress, coordinating a variety of hormone networks, proteins and genes to help keep cells alive and healthy.” As we age, levels of this SIRT1 protein decline and affect the circadian cycles’ ability to adapt to stress. This newest bout of research into stem cell circadian rhythm and aging could help to better understand the nature of this relationship.

According to two recent studies on stem cell circadian rhythm and aging, both published in the journal Cell and overseen by Dr. Salvador Aznar Benita from IRB Barcelona, as we get older, our stem cells reprogram themselves to become less concerned with the regular maintenance of tissue and instead focused on addressing age-related stress and damage.

To compare changes in stem cells, the team examined liver, muscle and skin tissue samples from young mice that were three months old and from older mice between the ages of 18 and 22 months. They discovered that over the course of time, the genes that control circadian cycles remained just as active in the older mice as they were in the younger mice but, surprisingly, they began to influence different cellular functions.

The researchers observed that in younger mice, circadian processes regulated normal cell functions such as protecting and maintaining tissues, processes such as replicating DNA, healing wounds and cellular cleaning. However, the team found that in older mice, the circadian processes were governing cellular mechanisms for coping with stress, such as DNA repair and inflammatory response.

According to Dr. Benitah, “aged stem cells conserve circadian rhythm but now perform another set of functions to tackle the problems that arise with age.”

While this may sound like the expected and even desired behavior, it can actually cause more age-related complications. Benitah explained, “the problem is that as they age, stem cells lose the rhythmic functions necessary for tissue protection and maintenance, which become replaced by functions aimed at coping with stress. Loss of the previous circadian functions of stem cells during natural aging contributes in some way to greater damage and greater aging.”

While the researchers did not uncover what triggers this reprogramming event to occur with age, they did come to the revelation that the circadian reprogramming is specific and unique to each tissue type. The authors believe this suggests that each tissue in the body ages in a different way over time, a fact which could change the direction of future research regarding the aging process.

Gene reprogramming happens normally in response to occurrences such as tissue inflammation, faulty autophagy processes, or accrued DNA damage. Pompeu Fabra University Researcher and co-author of one study, Pura Muñoz-Cánoves explained, “although aging always involves circadian reprogramming, an interesting aspect of our results is that such reprogramming is specific and distinct for each type of tissue studied. This observation implies that although the entire organism is aging, each tissue goes through this process in a different way. So to address the slowing down of aging, it will be necessary to study each tissue separately.” 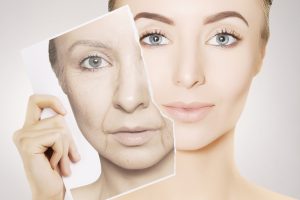 Previous studies have suggested that a low-calorie diet slows the signs of aging. The researchers conducted a second set of experiments in which they fed mice a low-calorie diet and then compared them to their normally-fed counterparts after six months. What they discovered was that the mice following the low-calorie diet retained the circadian rhythmic functionality of a more youthful state.

“The low-calorie diet greatly contributes to preventing the effects of physiological aging. Keeping the rhythm of stem cells ‘young’ is important because, in the end, these cells serve to renew and preserve very pronounced day-night cycles in tissues. Eating less appears to prevent tissue aging and therefore prevents stem cells from reprogramming their circadian activities,” explained Dr. Benitah.

The researchers believe their studies explain why calorie restriction appears to slow down the aging process. While it remains uncertain whether a low-calorie diet would have the same effect in humans, the researchers stress that calorie restriction may not be the answer. “Such diets are unlikely to become widely followed because they entail constant hunger and so require a lot of willpower; also, such eating regimes provide the body with the minimum energy to perform its basic functions, which in the long term may have negative effects on people’s everyday lives,” says Dr. Benitah.

While a low-calorie diet may not hold the key to longevity, the researchers on stem cell circadian rhythm and aging believe that it remains important to further study metabolism’s governing effect on stem cells and the aging process in order to identify the link for future therapies.