The Role of the Circannual Rhythm in Health and Disease

A great deal has been written about the circadian rhythm and the role it plays in health and disease. However, this is not the only internal clock that governs human health: We also have a circannual rhythm, an annual clock that measures the time of year.

In ways we are just beginning to understand, our bodies adjust our circadian clocks and other aspects of health based on the season. According to new research, these annual rhythms may affect our health more than previously believed.

What is the Circannual Rhythm? 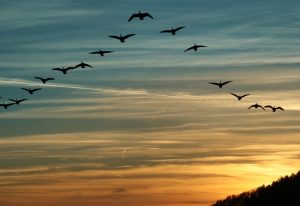 Most of us are familiar with circannual rhythms, at least in the animal world. To some extent, all animals have some sort of annual clock. A well-known example is that birds fly south when the weather turns cold. In addition, many mammals display behaviors that are based on an annual rhythm, such as hibernation or seasonal weight gain.

Some of these annual behaviors are cued by the environment. For instance, birds migrate south in response to changes in temperature and light levels, independent of internal clocks. They seek warmer and brighter places until the seasons change back once again. However, some of these behaviors, such as annual mating practices, occur even in controlled laboratory conditions in the absence of external cues.

All vertebrates show some kind of circannual rhythm, including humans. However, very little research has been dedicated to these rhythms. Most discussion of human internal clocks focuses on the 24-hour circadian rhythm or the monthly clocks involved in reproduction. Thus, there is a good chance that the circannual rhythm and the clocks that govern it affect our daily health in ways we do not yet recognize.

A growing number of studies are looking at how non-circadian rhythms such as the circannual rhythm can affect our health. For example, many doctors have observed that human schoolchildren gain weight more quickly during the summer. This happens not just in the perpetually overweight United States but even in slimmer and trimmer Japan.

Although part of this phenomenon is likely due to less structure in one’s days during the summer holiday, there is also some evidence that summer weight gain is natural in humans. After all, many mammals increase fat stores during the warm months to prepare for the long, hungry winter. There may be a physiological mechanism that increases appetite or increases fat storage when the days grow long and warm.

In addition, there seems to be some sort of annual timing involved in cerebrovascular disease such as stroke. People all over the world are more likely to have a stroke or other serious cerebrovascular event during the winter, suggesting some sort of annual clock is involved in the health of our brains. Could we lower stroke risk by changing certain lifestyle factors during the winter? Are there other diseases that are affected not just by our risk factors but by the time of year?

Although the prevalence of stroke and other diseases in the winter may be partially due to an increase in stress and a decrease in exercise associated with the season, understanding more about this connection may help contribute to disease prevention. The human brain appears to have specific areas dedicated to maintaining these circannual rhythms. These areas of the brain are also involved in serious neurodegenerative diseases such as Alzheimer’s disease, which is believed in part to be a disorder of internal circadian clocks.

Understanding more about circannual rhythms may help us to more effectively treat diseases that have some sort of annual or seasonal rhythm. However, a great deal more study is needed in order to accomplish this. Although we know much about how our health varies throughout the year, we don’t understand many of the biochemical mechanisms that underlie the circannual rhythm nor how to effectively maximize our health using this clock. 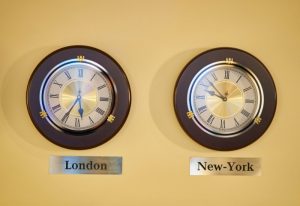 Our modern life does not support healthy circadian rhythms and likely does not support a healthy circannual rhythm either. How can we maintain a regulated annual rhythm when we are traveling regularly between different areas and climates? What about people who work nights or other unusual shifts that keep them from the light and temperature cues that indicate season? Are circannual rhythms different in people who live in temperate areas versus those who live in a climate without defined seasons?

As with the circadian rhythm, contemporary lifestyles pose a huge challenge to maintaining a regulated circannual rhythm. However, it is clear that protecting our internal clocks is important to our health and can even impact disease risk. Because so many of our body processes rely on timing, we are at a huge disadvantage when we ignore our innate rhythms and the clocks that govern them.

The COVID-19 pandemic is reshaping the holiday season for many people this winter. Many re... [Read More][weiterlesen]