The Seasonality of Sleep

Do you sleep more in winter? Do you find that your eating and exercise habits also vary with the seasons? Many people, and even animals and plants, experience slight changes in their daily habits in different seasons. According to recent research on the seasonality of sleep, this is more than a coincidence: In fact, our bodies are primed to make the most out of each part of the year.

The Rhythms of the Year

When we talk about innate rhythms, most people focus on the circadian, or 24-hour, rhythm. However, there are a variety of other rhythms that can have an impact on the human body. We evolved to live through endless cycles of the year and our bodies are optimized to make the most out of each season. Animals time their reproduction and other activities by the time of the year. While human seasonal rhythms are less obvious, they nonetheless can have a profound effect on our health and behavior.

Our bodies can sense the seasons in a variety of ways. We can observe cues like light levels, the timing of dawn and dusk and temperature. There may also be other cues that scientists are not yet aware of. However, it is clear that our bodies, as well as those of plants and animals, respond to the changing seasons in a variety of different ways.

The Seasonal Variation of Sleep

Scientists have found several interesting differences in the way we sleep in warm and cold weather months. First, our circadian rhythms tend to be more advanced in summer, with hormones for sleep and wakefulness both being released earlier than in darker months. This is likely due to the earlier time of dawn in the summer months.

In addition, many doctors have noted that two of the main symptoms of seasonal affective disorder (SAD) are fatigue and difficulty sleeping. For many people, the transition from long, bright days to shorter and darker ones can have serious effects on their circadian rhythm. Notably, these ill effects do not occur in equatorial countries where there is a stable and similar amount of light all year long. People who live far enough from the equator to have defined seasons also have lowered immunity and other measurable physical health effects during the cold, dark winter.

How Can Seasons Affect Our Bodies? 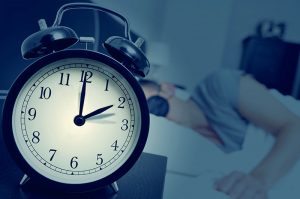 Sleep habits and energy levels are not the only aspects of human health that changes with the season. Researchers have noted that people tend to exercise and be generally less active in the cold weather months. This is especially noted in middle-aged and elderly people. This may be one of the reasons that people have a higher risk of mortality in the winter.

What causes these seasonal variations? The effects of light are well-known and almost certainly contribute. However, temperature and humidity both play a role as well, as both are higher in the summer months. In fact, studies have found that older people have a particularly difficult time sleeping when they are in a room that is warm or has high humidity. This may be the reason that people throughout the world tend to keep bedrooms cool during the night when this is an option.

Keeping a Healthy Rhythm in All Seasons

Although there is much we do not understand about the effect of the seasons on our health, there are ways that we can avoid the health risks inherent in different parts of the year. First, it is very important to stay active in the winter to avoid the health risks associated with sedentary behavior. This physical activity also may help people in the winter to keep their circadian rhythms on a more regulated schedule. Second, getting exposure to bright light, whether from the sun or from a sun lamp, also is important.

One’s environment can also be managed to mitigate the health effects of warm weather months. People may sleep better if they keep their bedrooms cool and dry at night. In addition, blackout curtains can keep the late sunsets and early dawns from interfering with sleep. Taking a melatonin supplement also may be helpful for people who have difficulty falling asleep and staying asleep.

Although some people can weather the changes of the seasons just fine, others struggle to keep a balanced and steady sleep-wake cycle. We now know that this can have very serious health effects, particularly as we enter middle and old age. However, there are ways to keep the circadian rhythm on track and get the sleep you need. Keeping a healthy internal clock is important not just to feel your best, but as an important part of preventative health.