For as long as there have been thinkers among us, there have been questions about the nature and purpose of sleep. Indeed, sleep was a topic tackled by some of the ancient world’s greatest thinkers, including Alcmaeon of Croton, who offered his scientific explanation of sleep between 500 and 450 BCE, and Aristotle, who wrote about sleep in 350 BCE. Today, scientists are still learning important things about sleep, providing ample evidence to its critical role in both short-term and long-term health and well-being. Find out what you need to know about sleep and your health with this informative sleep guide.

The Nature of Sleep 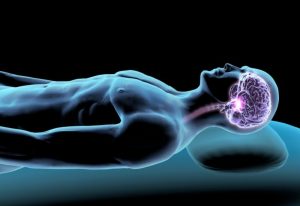 The US Department of Health and Human Services points out how the understanding of the nature of sleep has evolved in the modern era. Once considered to be a sort of shut down phase for body and mind, sleep is now understood to be an essential biological process that is complex in nature. Outside of our awareness, there is actually a lot going on in mind and body while we sleep; processes that are essential to our physical health, mental well-being and cognitive functioning.

Tissue growth and repair, hormone production and release, metabolic processes, including glucose level balancing, and immune system function strengthening are just a handful of the physical processes going on during sleep. It is while you are sleeping that the brain does its housekeeping, including cleaning out the day’s toxins and consolidating memories.

In recent years, science has gained a much deeper insight into what is taking place during sleep. While we sleep, we cycle through four sleep stages, with adults completing about four to five cycles per night. The stages include three progressively deeper sleep stages followed by a fourth sleep stage that, unlike the first three stages, features rapid eye movement (REM) sleep.

Each sleep cycle takes between 90 and 120 minutes to complete. The proportion of time spent in each of the stages shifts as a person progresses through the cycles, with REM sleep taking up more time in the cycle as the night progresses. During the first sleep cycle, REM sleep may be just 10 minutes. By the final sleep cycle of the night, REM sleep may take up as much as 60 minutes of the cycle.

The first sleep stage is the lightest and the easiest to wake up from. It starts the relaxation process, marked by a slowing of heart rate and breathing while the brain shifts to theta-wave production. That slowing and relaxing deepens during the second sleep stage. Thanks to a variety of complex chemical reactions involving such essential nutrients as calcium, magnesium and the amino acid glycine, there is a decrease of body temperature in this stage.

The third sleep stage is when the deep, restorative, delta-wave sleep takes place. During this critical stage of sleep, when the body and mind is at its most relaxed point, numerous repair, growth and cleaning processes take place, along with important immune system processes. These non-REM sleep stages are followed by the fourth sleep stage which is a REM stage. During REM sleep, which features rapid eye movements, more active brain waves and increased heart and respiration rates, we dream.

Chronic sleep deprivation increases the risk of numerous diseases and chronic health conditions, including cardiovascular disease, metabolic disorders, some types of cancer, obesity and diabetes. Poor sleep quality can also increase the risk of developing mental health problems, emotional disorders and cognitive dysfunction. Never ignore sleep problems. If you cannot resolve a sleep problem on your own or with the help of a sleep guide such as this, seek medical care.

Sleep Guide Bottom Line: How to Get Better Sleep 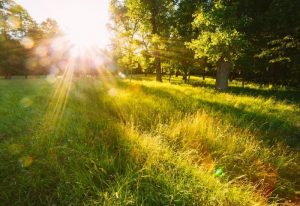 For the average person, getting better sleep is as simple as improving sleep hygiene. Set a regular schedule for sleep and wake times. Increase exposure to bright morning light and reduce bright artificial light exposure in the three hours before bedtime, as light is a major circadian rhythm signal, helping regulate sleep-wake cycles. Make your sleeping area as comfortable as possible, keeping the temperature cool, but not hot or cold.