Confirmed: Shift Work Can Be Devastating to Nurses' Health

New research into the effects of working during the night has found that shift work harms nurses in a number of ways, affecting not only their own well-being but also their ability to care for their patients.

Researchers at the University of Alabama conducted a recent study to determine how shift work affects female nurses. The study included a group of night shift nurses and a group of nurses assigned to day shifts to see how the different work schedules affected the health and performance of the nurses. 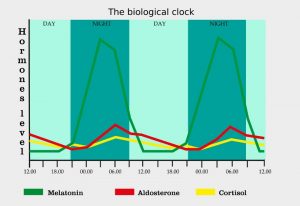 Over the nine-day period, researchers evaluated the core body temperatures of all of the nurses, as well as their locomotor activity functioning. Additionally, melatonin and cortisol levels were measured. Cortisol is a stress hormone, while melatonin is the hormone used by the body to regulate wakefulness and sleepiness.

A disrupted circadian rhythm may also play a larger role in affecting one’s health. People who do night shift work have shown an increased likelihood of developing a variety of medical conditions, including becoming more apt to contract certain types of cancer. Heart disease, gastrointestinal problems and ulcers, obesity and metabolic issues are all also common among those who work night-shift schedules.

These increased health risks may have something to do with the higher triglyceride levels night shift employees exhibit in comparison to their day-shift counterparts. High triglyceride levels are partly to blame for high blood pressure, high blood glucose levels and excess gut fat. The poorer diets consumed by most night shift workers only serve to compound these health risks.

There has also been research that links exposure to artificial light in the late night hours to a higher risk of developing breast cancer. In a 2012 study, as many as 4.5 percent of breast cancer terminal diagnoses were linked to night shift work and the exposure to late-night light. Additional research suggested the risks were even higher for women who worked rotating overnight shifts or alternating 12-hour shifts. The risks of developing breast cancer for female nurses working irregular shifts increased when they remained on these schedules for four to five years or more.

Some studies have found that emotional health is also affected by late-night shift work. Women who work overnight shifts are more likely to develop depression than day-shift nurses, suggesting night-shift work harms nurses psychologically. Due to their irregular schedules, night-shift nurses tend to be less social than day-shift nurses as well. This can lead to feelings of isolation, which may promote more severe depressive episodes. Working an overnight schedule is more likely to cause female nurses to feel disconnected from their loved ones, boosting their risk of losing touch with friends, partners and their children. 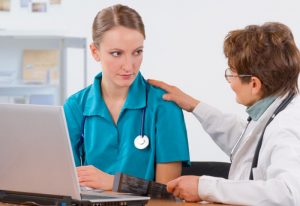 According to this study, which was conducted at Egypt’s Oncology Center of Mansoura University, night-shift nurses administered medication at the wrong times 23.1 percent of the time. They administered the wrong medications with the same rate of error. When questioned about the frequency of errors, more than half of the nurses blamed a lack of sufficient sleep. The research team also found a higher rate of depression among the nurses responsible for committing the errors.

The comprehensive results of these recent studies indicate that the scheduling of nurses must be re-evaluated. When hospitals can find ways to provide better opportunities for quality sleep, and allow their nurses to work more regular hours, the health and performance of their nurses will improve. Since the importance the circadian rhythm plays in physical and mental health cannot be understated, helping nurses maintain a proper balance will keep them healthier, happier and more alert.