Dementia is one of the most common diseases in the world, with one out of three people suffering from some form of it before they die. In addition to the loss of cognitive abilities and memory, people with dementia often suffer from mood swings and changes in behavior. One common behavioral change seen in people with dementia is a phenomenon known as sundowning, in which dementia sufferers become increasingly confused and aggressive at night. According to new research, the circadian rhythm may be key to successfully treating this behavior so people with dementia can get the peaceful sleep that they need. 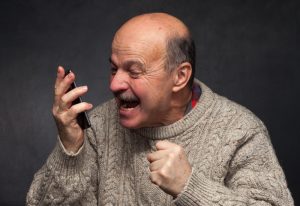 Dementia remains one of the world’s most feared diseases and also one of the most difficult to treat. This all-to-common disease leaves many people all over the world spending their golden years confused and in the midst of cognitive decline. Unfortunately, the loss of memory and cognitive skills is not the only symptom of this terrible disease. People who have dementia also have personality changes, becoming aggressive and angry. This behavior tends to occur at night, a phenomenon known as ‘sundowning.’

Around 20 percent of people with Alzheimer’s disease suffer from sundowning; it is also common in other forms of dementia. In this syndrome, people with dementia become more confused, anxious, disoriented and aggressive when the sun goes down. This behavior can be dangerous, as confused elders will often try to leave their homes or be violent with relatives and caregivers. It is one of the most common reasons for a person with dementia to be placed in a home or other medical facility, as it restricts the ability of loved ones to provide adequate supervision and care.

The Circadian Rhythm and Aggression

Our circadian rhythm controls or influences many of our behaviors, letting us know when to eat, sleep, wake and more. According to new research, the circadian rhythm may also play a large role in our mood as well. Researchers looked at the aggressive behavior of mice, keeping careful track of times when they were most aggressive. They found that the mice were more likely to be aggressive in the evenings after the lights in their lab had been turned off. Their aggression slowly built all day and reached a peak just before bedtime.

Researchers noted that this mimicked the sundowning behavior seen in elderly humans. However, we may not simply be able to fix this issue with manipulation of lighting: When researchers changed the rhythmicity of the lights, they found that the mice still had cyclical changes in aggression similar to sundowning.

Can You Turn Off Aggression?

The next question for researchers was whether they could “disable” the aggression, especially its increase at certain times of the day. They were able to disable different neurons in the brains of the mice and watch for changes in behavior. When they disabled a specific group of GABAergic neurons in the suprachiasmatic nucleus, or master clock of the brain, the mice lost the rhythmicity of their aggression. These mice became more aggressive overall but no longer did so by the clock. Although they still showed aggression, the marked increase in the evening was gone.

The role of this particular group of neurons appears to be especially important in connecting the circadian rhythm and aggression. These neurons have fibers that connect directly to an adjacent area of the brain called the ventromedial hypothalamus, which is the region that controls aggression. Researchers believe that this pathway may turn off aggression in the morning and throughout the day, according to our internal clocks, which would explain why aggression increased when this group of neurons was disabled.

Links Between Sleep and Dementia 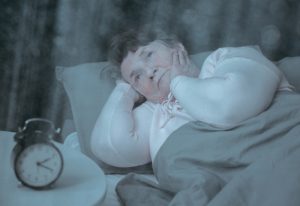 This is not the first study to find a link between sleep and dementia. Older people tend to lose much of their rhythmicity as they age, particularly those with dementia. Due to lower levels of melatonin and other changes in the circadian rhythm, their sleep/wake cycles and daily habits change. Elderly people are more likely to sleep less at night and also more likely to nap during the day.

This loss of circadian rhythm has been linked to the worsening of several different diseases associated with aging, from Alzheimer’s disease to cardiovascular disease. Researchers are not sure how to stop this decline as the change in circadian rhythm appears to be genetically programmed into us.

Although this study does not offer any easy answers for sundowning and other less pleasant aspects of dementia, it nonetheless offers new insight into a common problem of aging. Someday we may be able to treat this syndrome, reducing the pain it causes for both its sufferers and their caregivers. Our elderly, particularly those who suffer from dementia, deserve the very best in medical technology and scientific breakthroughs.