Since obesity has tripled globally since 1975, finding out which factors influence weight gain is more important than ever, as this knowledge can help us alleviate the condition in millions of people. Research that looks at the link between sleep and obesity is especially important because both issues are growing problems in modern society.

The fact that sleep and weight are connected shows the deep impact that lifestyle habits and choices have on overall health. Now, new research emphasizes the link between sleep and weight control, showing why getting quality sleep is vital to your weight loss efforts. 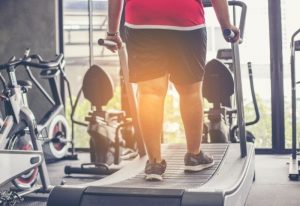 Overweight or obesity is identified by evaluating a person’s body mass index (BMI), an equation that compares weight to height. In adults, a BMI of 25 or higher is considered overweight, while a BMI of 30 or more constitutes obesity.

The World Health Organization has also established a BMI chart for children, which compares weight and height to age. A child aged five or younger is overweight if their BMI is more than two deviations on the chart. Obesity constitutes three or more deviations. Those standards are less for children aged five through 19, requiring just one deviation to be considered overweight. Two deviations establish a case of obesity for this group.

New findings that have recently been published found a link between obesity and inadequate sleep, which was defined as less than seven hours of uninterrupted sleep. In general, the study found that people who did not sleep well had more difficulty losing weight. In short, those who were not able to meet the minimum sleep requirement were less likely to lose weight.

The study, conducted over a 12-month period, examined how weight loss was affected by both the duration and quality of sleep. The study evaluated the weight loss and sleeping patterns of 1,986 adults with an average age of 65. Each participant in the study was determined to be either overweight or obese. They all suffered from metabolic syndrome, which is defined as a cluster of medical conditions, including hypertension, heightened insulin levels, glucose intolerance and abnormal lipid counts.

Since one goal of the study was to determine how lifestyle changes would affect cardiovascular health, the participants were asked to adopt a primarily plant-based diet. They were also encouraged to participate in frequent physical activities and joined support groups to discuss these lifestyle changes.
Researchers monitored the participants to record changes in their BMI throughout the year. Additionally, their sleeping patterns were also observed and documented.

By the end of the 12-month study, it was found that subjects who did not maintain a consistent sleep schedule lost less weight than those who did stick to a routine sleep schedule. Those subjects who slept less regularly also exhibited fewer changes in their BMI rates by the end of the year, confirming the link between sleep and weight. The study also found that subjects who consistently slept seven to nine hours per night experienced a more significant reduction in their waist circumference than those who slept six hours or fewer each night.

Since the study focused on older adults, it was determined that sufficient sleep can affect the development of metabolic syndrome and weight loss. While diet and exercise are important components when it comes to successful weight loss and overall health, this new research suggests getting enough quality sleep may be just as important.

Tips for Getting a Better Night’s Sleep

Pay Closer Attention to Your Stimulants

For most of us, drinking caffeinated beverages has become second nature and it’s not unusual to drink coffee, soda or caffeinated tea well into the evening hours. This practice is a leading cause of restlessness and sleep disorders. To improve the quality of sleep you get each night, be sure to drink your last caffeinated beverage six to eight hours before bedtime.

In spite of all of the advances our society has made, our brains still operate on a simple biological clock. This clock, called the circadian rhythm, relies on light and dark to help the brain regulate sleepiness and wakefulness. The blue light given off by mobile device screens, laptops and tablets disrupts this system and makes it more difficult for your brain to relax. Doctors recommend shutting down your devices at least one hour before bed. 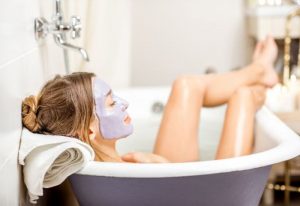 So, what can you do during that hour before bed? Use this time to help your mind and body relax. Some people find that this is the ideal time for yoga and meditation. If that’s not your cup of tea, try taking a warm bath and listening to relaxing or soothing music. You might also read a book or work on a hobby.

Finally, take a moment to examine your bedroom. Is your mattress comfortable? Are your blankets, sheets and pillows all conducive to relaxation? This is one area of your life in which you shouldn’t feel guilty for pampering yourself. You should make this room as comfortable and relaxing as possible. If you need to wear an eye mask or earplugs to bed, do that. Your goal should be to create an environment that will make sleeping easy and restful.